4 villages near Amsterdam you must visit

Countless windmills, historic churches and fisherman’s cottages. The good ol’ fashioned Dutch villages near Amsterdam seem to have stood still in time. Some parts of them still look the same as they did 100 years ago and they’re of the few places where you can still see men and women dressed in traditional costume (though, more often they wear it on holidays). Zaanse Schans, Monnikendam, Broek in Waterland and Marken are picture perfect Dutch villages near Amsterdam and make for a perfect day trip.

How to visit the villages near Amsterdam

The windmills of Zaanse Schans

Can you believe that the impressive amount of old-fashioned windmills clutched together at Zaanse Schans were pretty much the first industrial site in the world? Hundreds of windmills along the Zaan river once produced linseed oil, paint, tobacco, mustard and paper. The dozen of windmills you can see and visit today are actually still working the traditional way and people are working there with care. Take your time to explore them at your own pace, it’s worth it, even though they seem like a tourist trap. 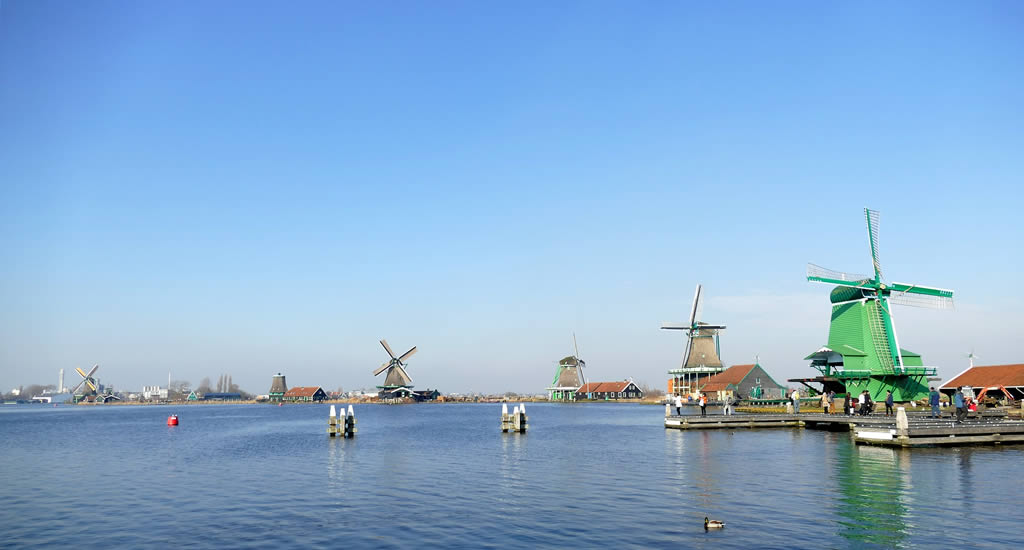 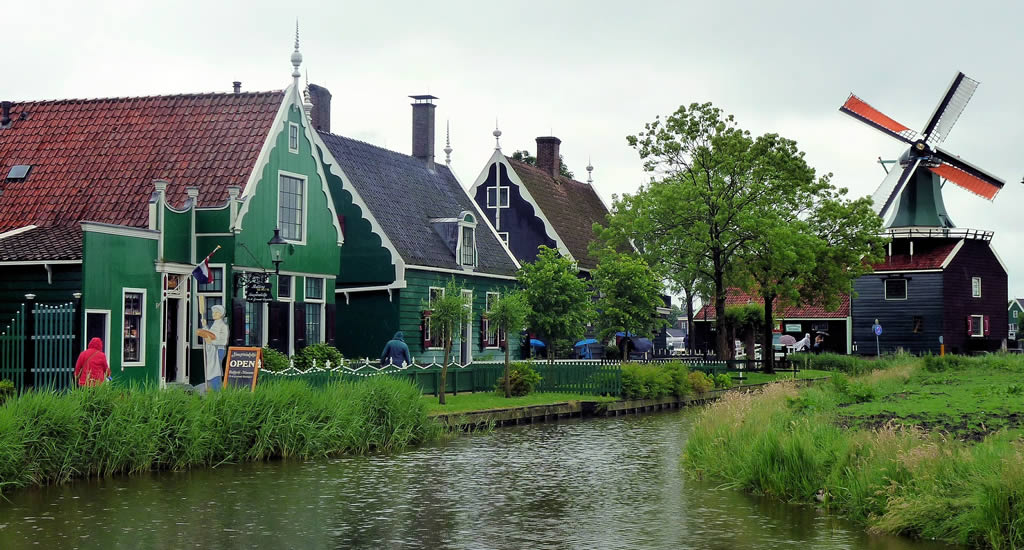 Other buildings in Zaanse Schans have been brought in from all over The Netherlands to create a Golden Age village. The clog museum in Zaanse Schans is actually rather interesting (yes, and this coming from a Dutchie who rolls her eyes at anything stereotypical). And it’s lovely to just take in all the old-fashioned architecture. Pressed for time? Take a Zaanse Schans sightseeing tour. 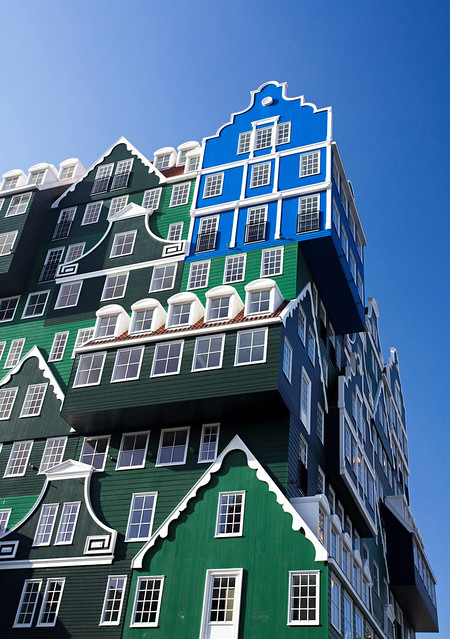 If you don’t mind being 15 minutes outside Amsterdam city centre (which you can easily reach by train), stay at the Inntel Hotel Amsterdam Zaandam, which is like a fun play on the traditional Dutch houses in Zaanse Schans and which offers amazingly comfortable rooms, a spa and a good restaurant for a very reasonable price compared to Amsterdam hotels.

A couple of years ago I had a work appointment in Monnickendam. I had never been there and thought ‘why can’t this client be based just somewhere normal, like in Utrecht, Amsterdam or The Hague, pff’. It was a Monday morning, rather early, when I caught the bus from Amsterdam central station. And when I got off in the small town centre of Monnickendam my jaw hit the floor. 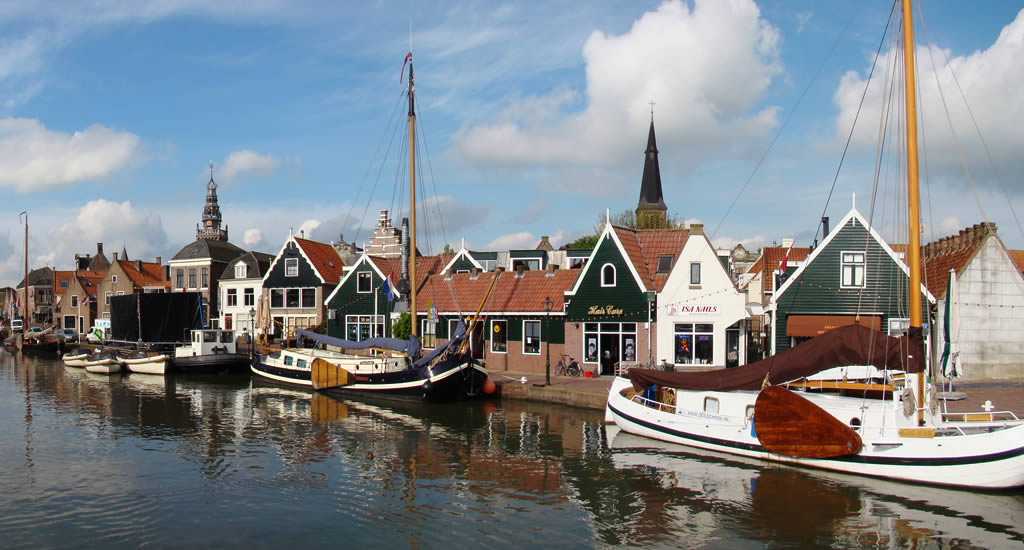 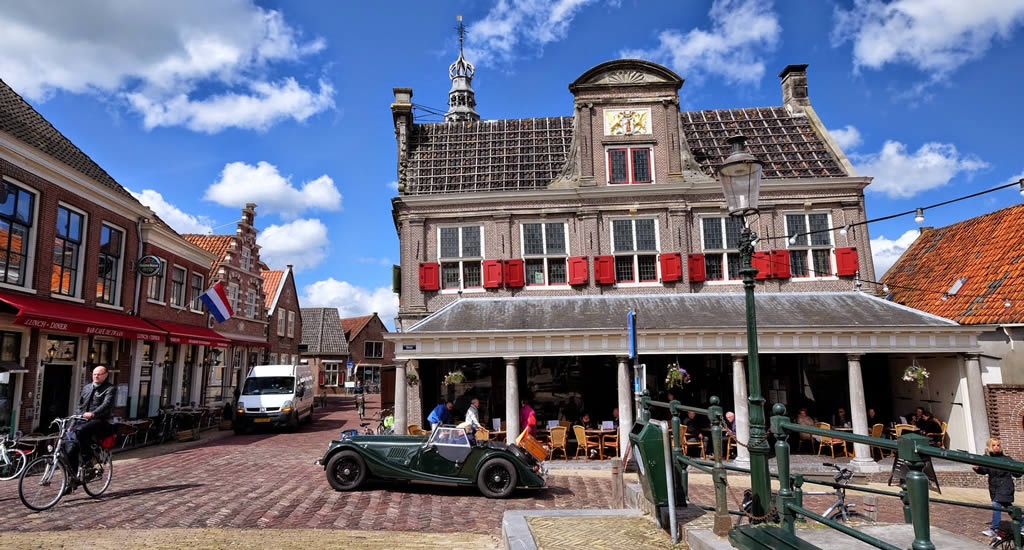 Basically, I ended up in what I imagined Holland fisherman’s towns would have looked like 200 years ago. With colourful, wooden cottages and small boats along the harbour, lace curtains in windows and nothing (but seriously nothing) going on. Remember, I am from The Netherlands, so I am often just as dumbstruck by something exceptionally Holland as most tourists. I highly recommend going to Monnickendam on a weekday morning, when it’s quiet and take in the relaxed atmosphere. You won’t be sorry. It’s only 15 minutes by bus from Amsterdam and Monnickendam can easily be explored in an hour or so, a nice little break if you don’t have much time.

Whenever I see tourists and visitors writing about this, they call this place ‘Waterland’, but this is actually more like the region a little north of Amsterdam. The central village you have to visit however is Broek in Waterland. Only 9 kilometres north of Amsterdam and easy to get to by bus. You couldn’t feel further though from the bustle of the Amsterdam canals, Rijksmuseum and Dam Square. Broek in Waterland is the perfect getaway if you would like to have an hour or two of quiet away from the city. 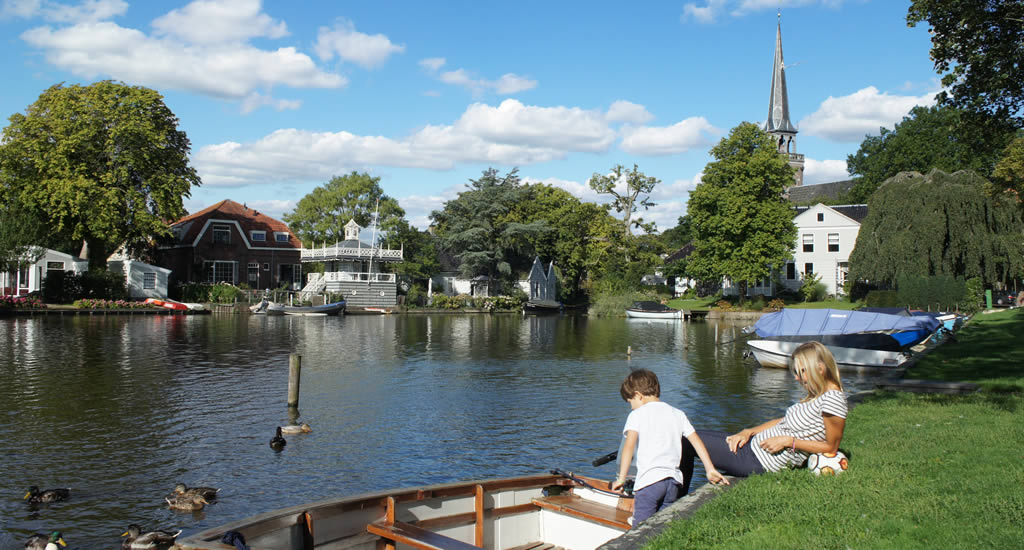 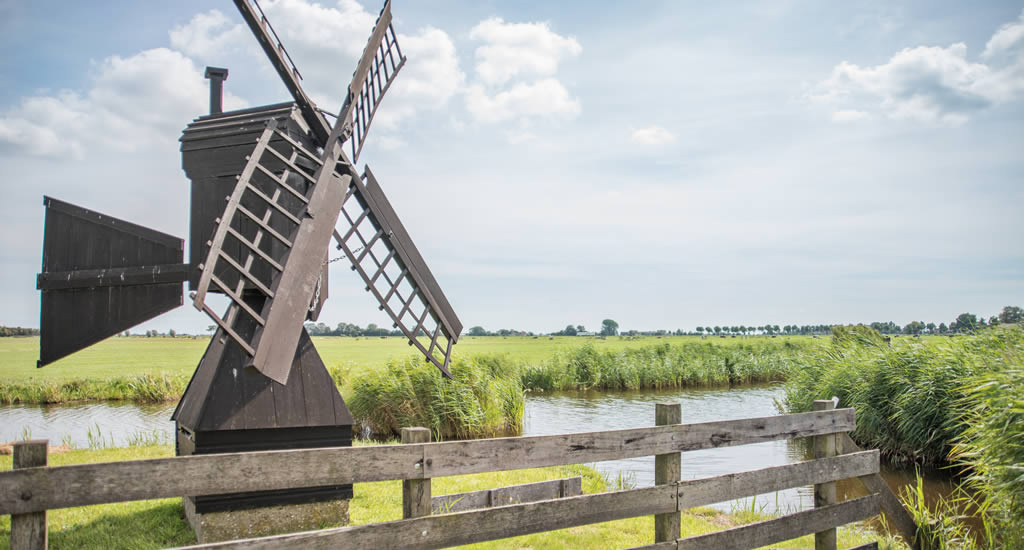 Time seems to have stood still in Broek in Waterland, where picturesque Dutch wooden houses stand amongst green en canals. All inhabitants seem to prefer travelling by boat as they all seem to own one. Take a little boat trip yourself when you visit Broek in Waterland to take it all in.

A visit to Marken is pretty special, even for Dutch people. The fisherman’s village used to be a rather isolated island until it was linked up to the mainland in 1957. The car-free town centre, with wooden houses and clogs standing outside, seems like a picture from a history book. Visit the clog-making workshop and the museum with traditional clothing. 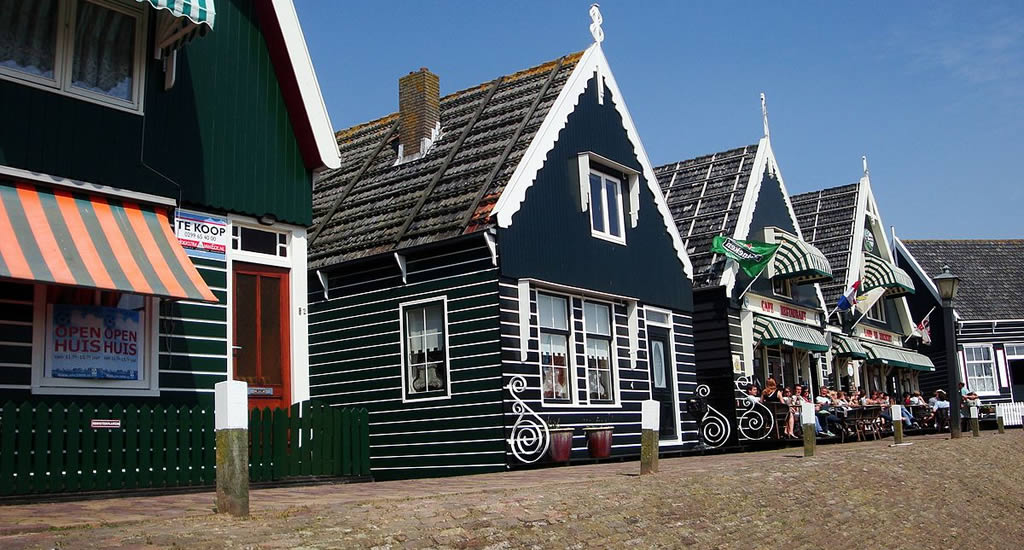 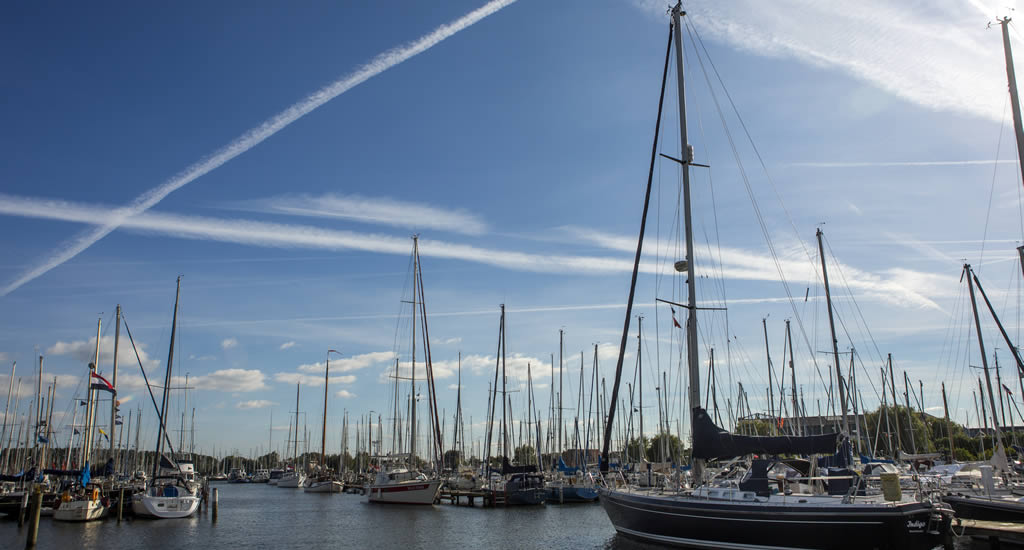 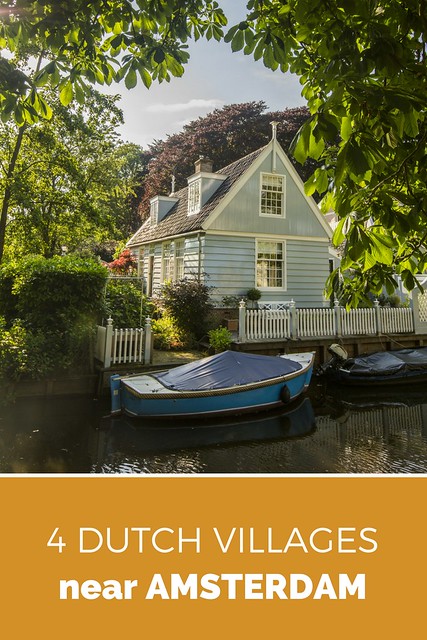 Off the beaten track: Amsterdam Noord

A street art tour in Rotterdam