Whenever I visit Amsterdam, I try to combine seeing major sights and lesser-known attractions. And I strongly advise you to do the same. Not only will you be able to escape the pesky crowds that are a true burden to the Dutch capital, but you will be able to see a completely new and sometimes unknown side of Amsterdam. If you’re into street art, visit the brand new ‘If walls could speak’ project in Amsterdam.

‘Amsterdam is for everybody’ is the theme of street art project and festival ‘If walls could speak’. A recently renewed neighbourhood in the east of Amsterdam, which is actually getting more popular with foreign visitors due to the high-value hotels in the area, was selected for this particular street art project to portray the area as cheerful, fun and safe. The festival was held just three weeks ago, so I am presenting you with the newest Amsterdam street art in this article.

10 well-known Dutch and foreign artists were chosen to work on walls at Platanenweg in Amsterdam. Since the theme of the ‘If walls could speak’ festival was ‘Amsterdam is for everybody’, the artists were challenged to create pieces that everybody would be able to enjoy. Check out #ifwallscouldspeak for impressions of the festival.

DANK (Dan Kitchener) shows his rainy street images portraying different types of people. He shows daily urban life and plays with colour, shadows and composition. DANK was chosen for the Amsterdam street art ‘If walls could speak’ project to brighten up the many Dutch rainy days and end spells of negativity. 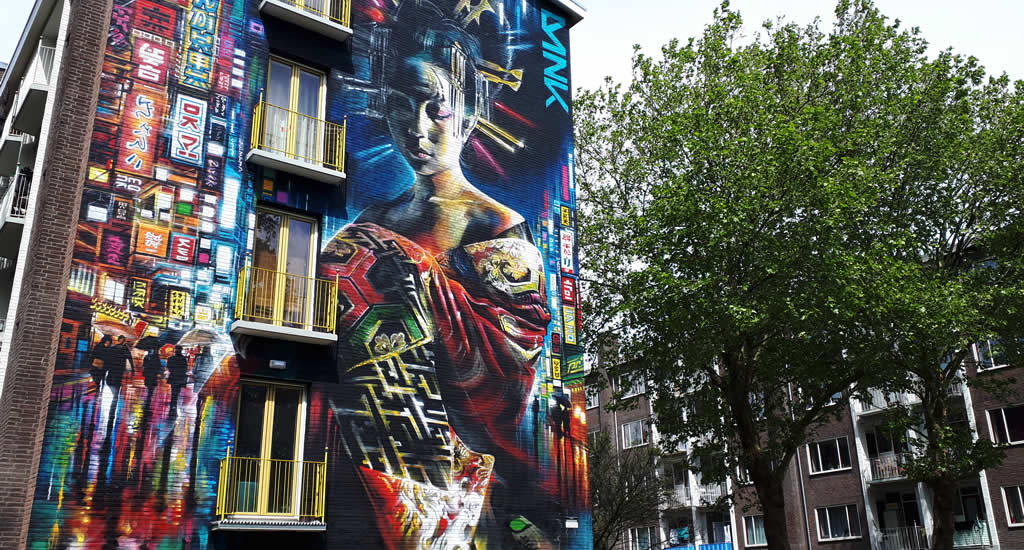 Studio Giftig is one on my favourite Dutch street art team and I’ve seen some amazing work by them scattered throughout the country. I mean, take a look at this beauty in Eindhoven. The artist duo paints murals that are as real as photographs but are filled with surreal details and hidden symbols. Studio Giftig won the People’s Favourite Award, during the Benelux Street Art Awards. 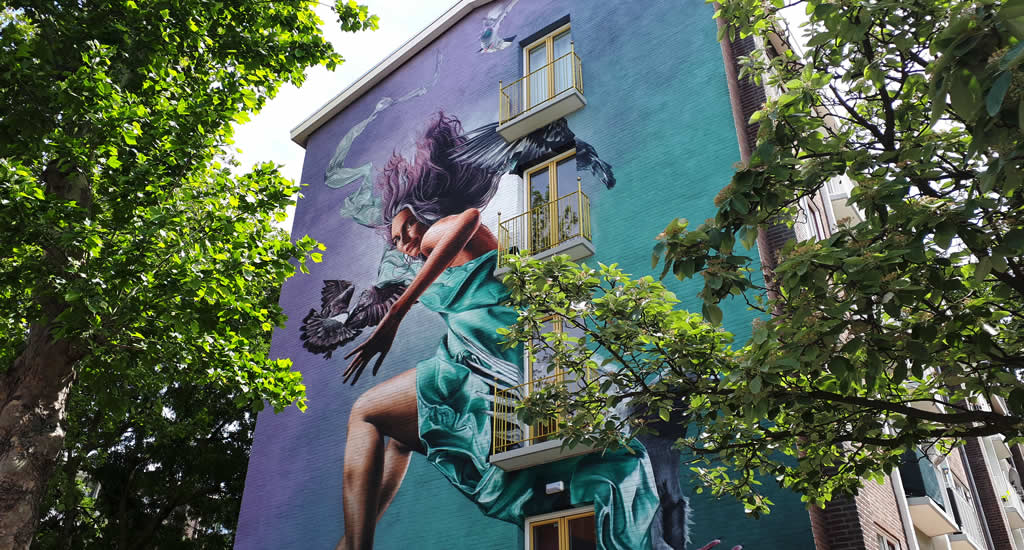 I was overjoyed to see that Julieta XLF was also working on this Amsterdam street art project. I find it really hard to choose a favourite street art artist, there are so many crazy and amazingly creative artists out there, but Julieta XLF is absolutely in the Top 5 of my favourite street artist. Spanish Julieta XLF has a certain style to her work, which reminds of Manga a little. She’s inspired by nature and focuses on the diversity of nature, urging is to maintain this diversity. She almost always has a dreamy female heroine featuring in her work (her ‘Nina’ girl), depicting beauty. In her mural in the Amsterdam street art ‘If walls could speak festival’ she also features a large bird, representing ‘the transformation, the renewal, the evolution that the world that surrounds them needs’, Julieta XLF explains. 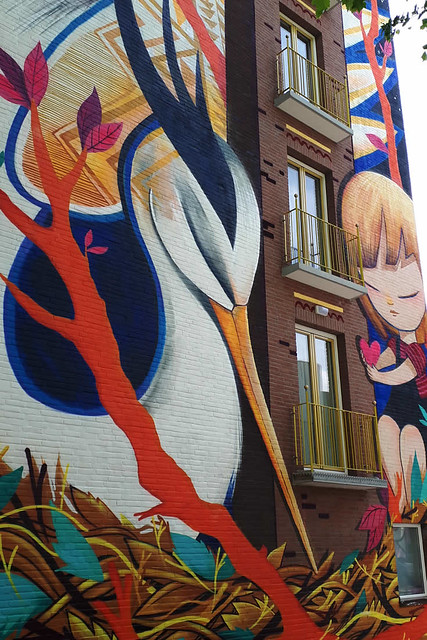 I didn’t think I knew any works by Dutch artist Dopie, until I realised I bumped into a lovely mural by him in Arnhem a few summers ago. Dopie’s work is very recognisable, as he loves using mainly pinks, purples, greens and blues, combining photorealism and traditional graffiti. He tries to let his murals blend in with their environment, hence the songbird on this wall of the Amsterdam street art project, amidst the trees. 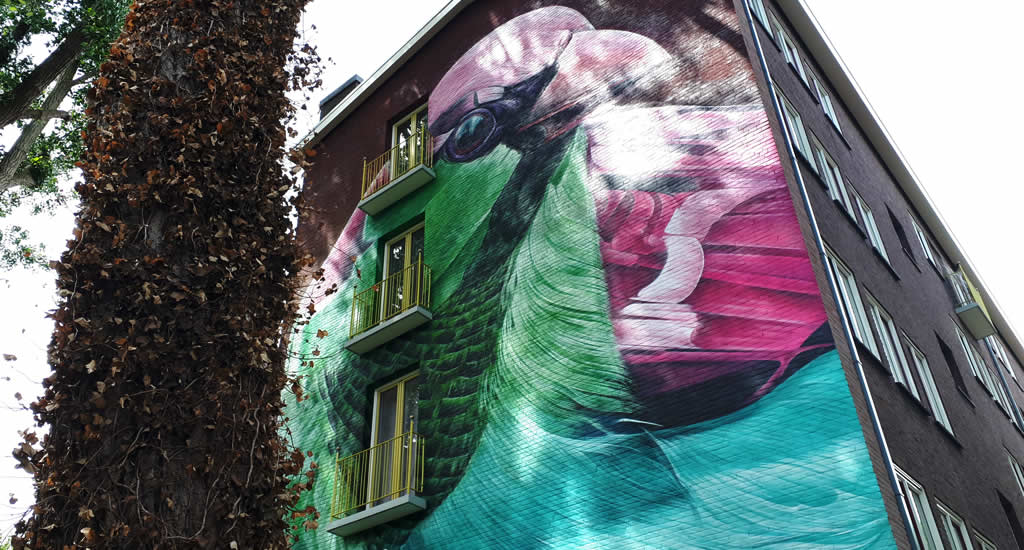 Case Maclaim is one talented artist, combining surrealism and photo realism. He uses spray paint only, yet is able to create the most vivid and real looking murals. His signatures are overlapping hands, symbolising unity and strength. Something, I think, also symbolises (or should symbolise) Amsterdam and The Netherlands. 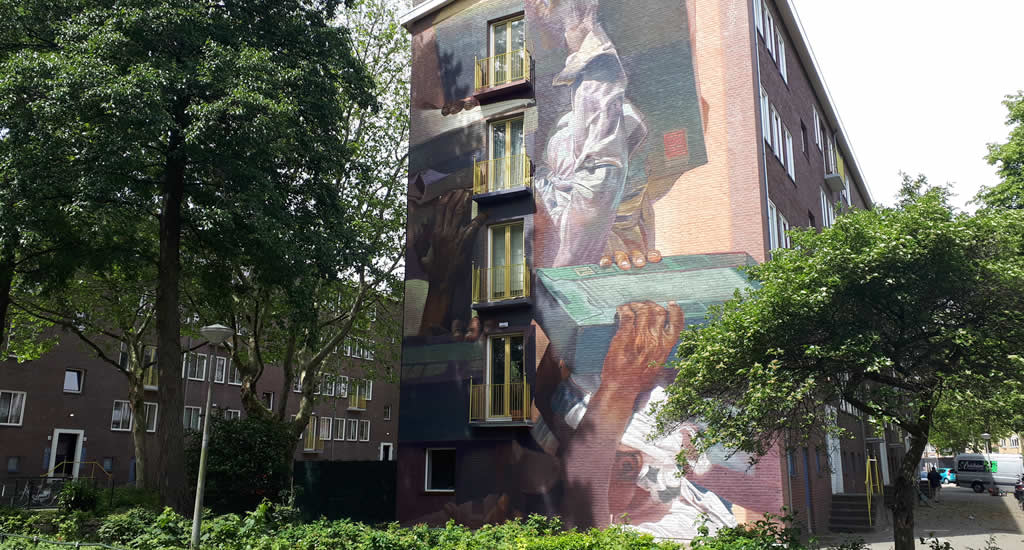 Again, one of my favourite street artists. I discovered work by Herakut whilst in Heidelberg and am just over the moon to see a work by this artist on a wall so close to home. This German artist and illustrator is a true storyteller and her work is often a statement against emotions and experiences from our childhood. For this Amsterdam street art project, Hera actually changed her design while working on it, to match the tree in front of the building. 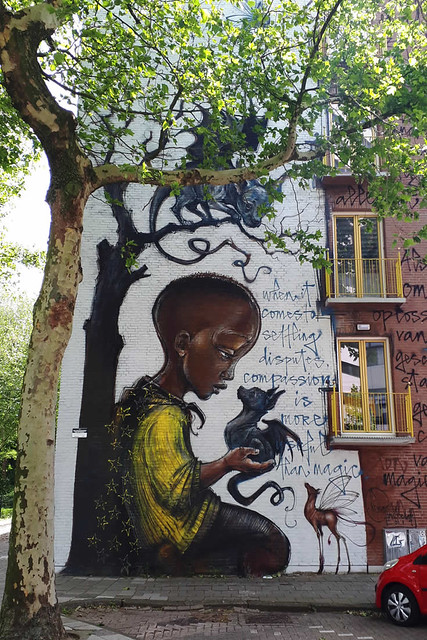 As you may have read in my article The best contemporary art in Amsterdam, the city has as much contemporary as historical to offer, and I do believe Karel Appel, pioneer of the Cobra movement, is to thank for that. That’s why I was so pleased to see the homage to Appel in the work of Sjem Bakkus & IVES.one in this Amsterdam street art festival. Both artists are members of Amsterdam Street art, an initiative promoting public art in Amsterdam and beyond. 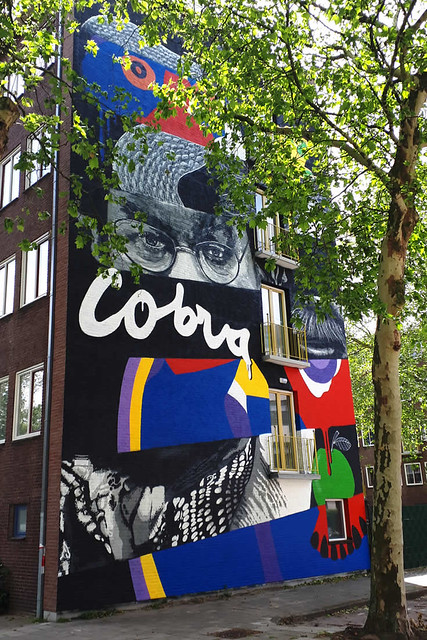 Sam Bates, Smug One from Australia, uses just spray paint to create the most intense portraits. His work is as real a photograph could be. 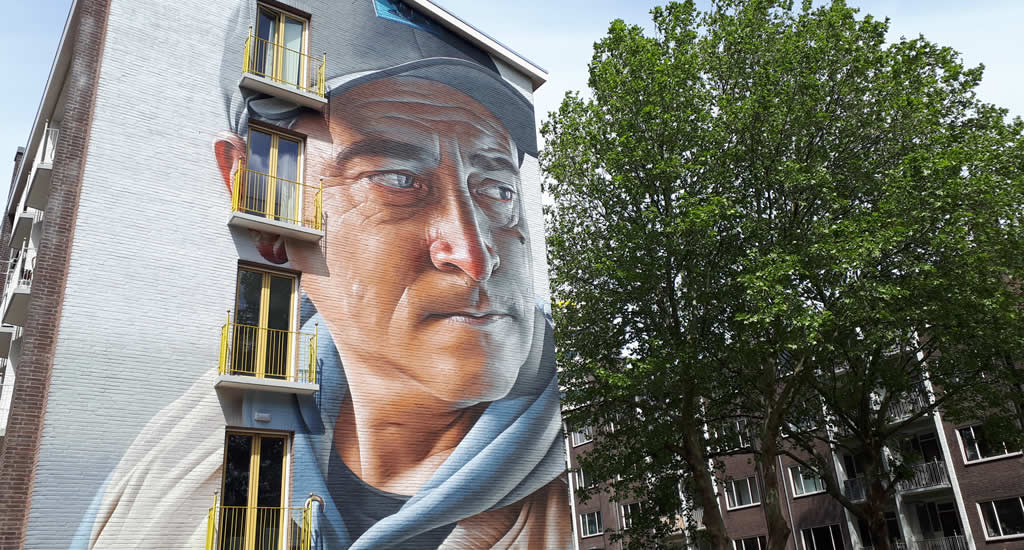 Util the Amsterdam street art festival ‘If walls could speak’ Keer’s work was still unknown to me. But I was so surprised by his mural in Amsterdam, that I’ve looked up more of his work. And I have to say: I’m hooked! To me, he is a master in 3D works and optical illusions. His work is all about problems in society, the environment and quality of life. He’s painfully aware of the contrast of both beauty and degradation surrounding him. Keer was the winner of the 2018 Benelux Street Art Award. I found his work for this project particularly powerful because he only uses a fragment of the wall provided for him. 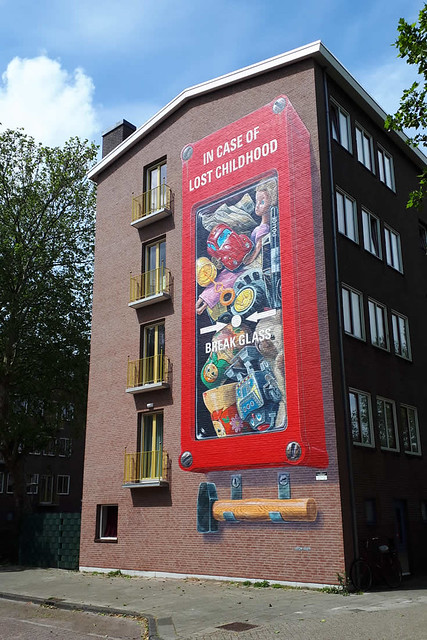 How to get to Platanenweg?

Getting to Platanenweg is easy. Take the Amsterdam metro to the Wibautstraat stop. Simply follow the sign ‘Platanenweg’ and once you leave this exit, you’ll immediately bump into the ‘If walls could speak’ street art project.

There is street art scattered all over Amsterdam. If you’re into street art, but don’t feel like spending your days searching like a mad person for some great murals or other urban art, here’s where you should head.

Plan your trip to Amsterdam 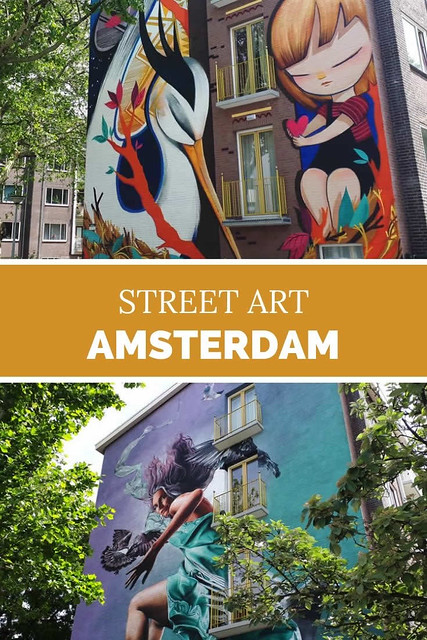 Winter in Amsterdam: 14 must do’s 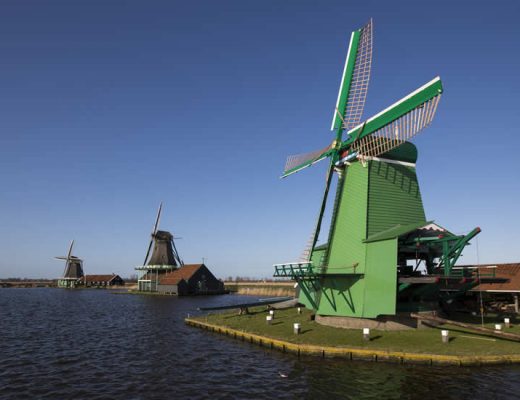 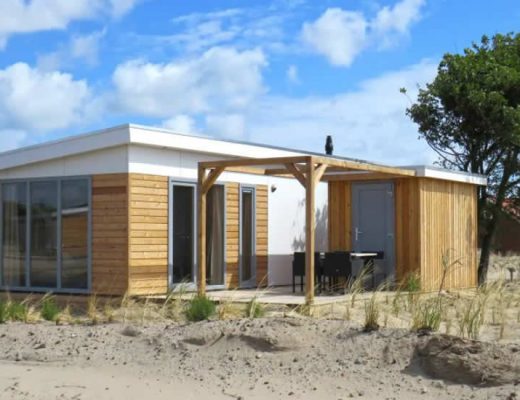