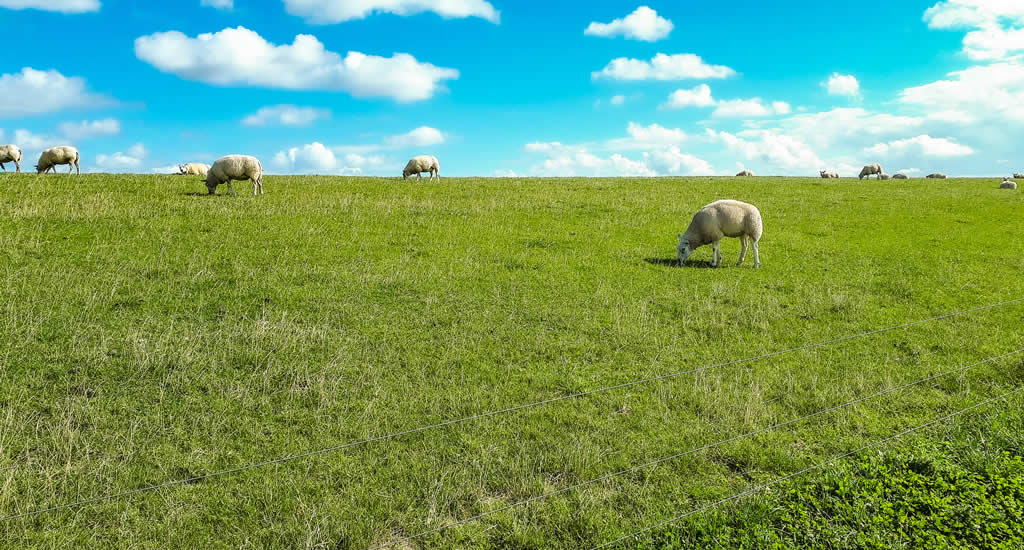 How to get to Ameland, The Netherlands 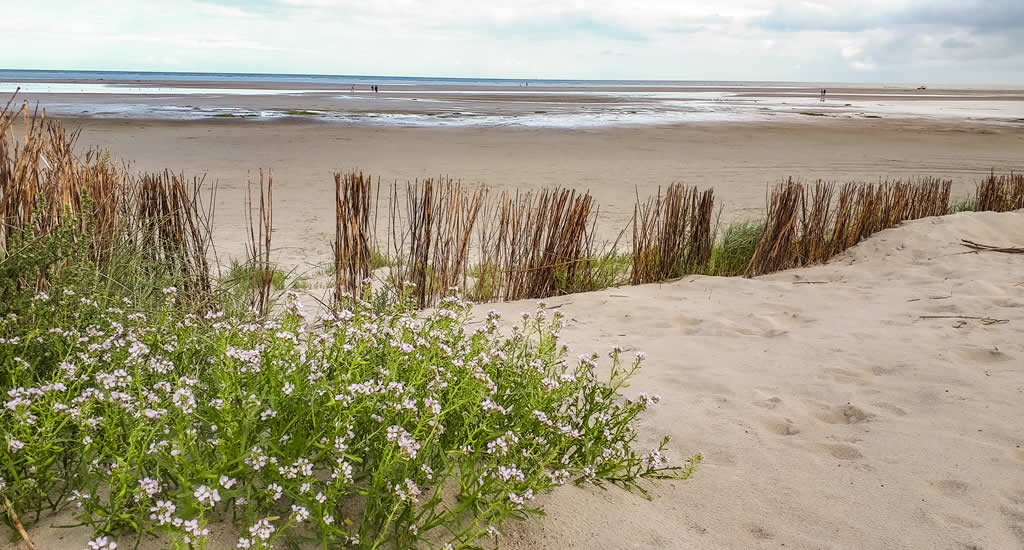 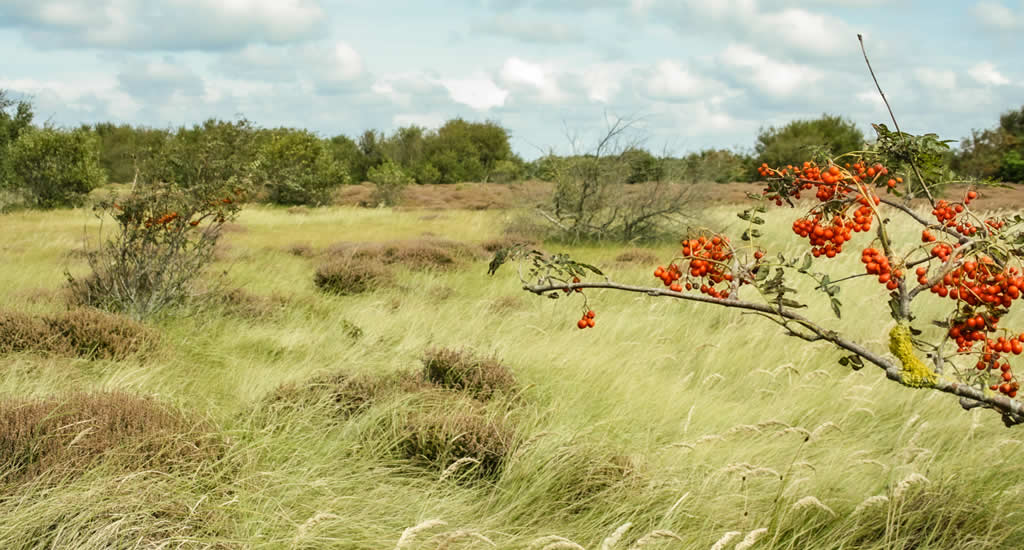 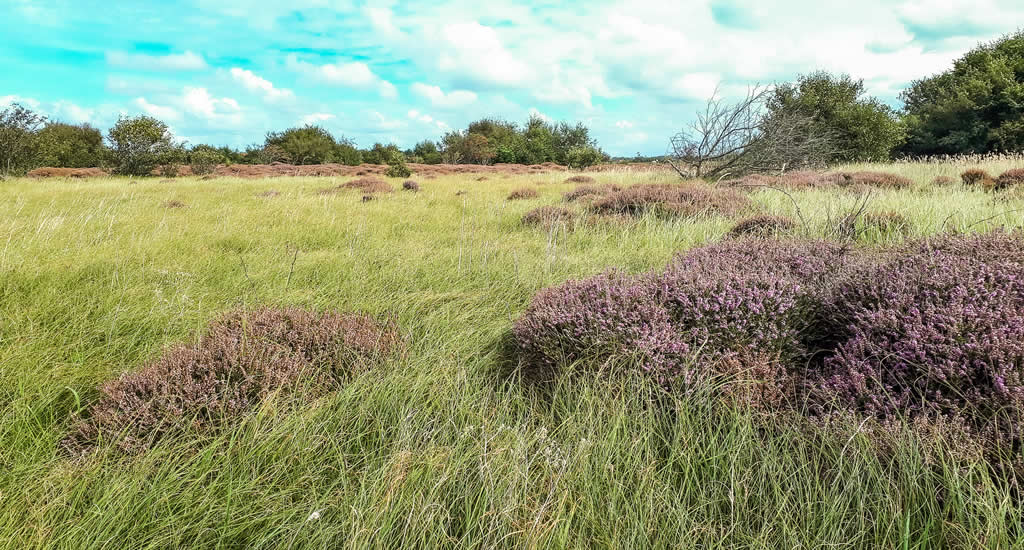 How to get around Ameland island? 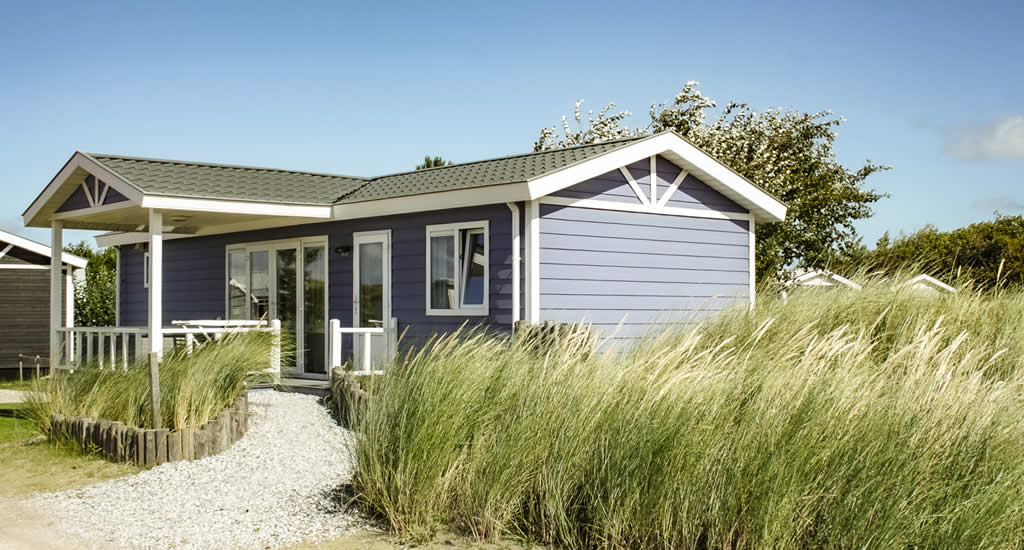 We stayed at Roompot Boomhiemke and we absolutely loved it. The Scandinavian style holiday cottages are scattered amongst the dunes and are watched over by Ameland’s lighthouse. The location is absolutely lovely, close to the pretty village of Hollum with some excellent restaurants, pretty architecture and lovely shops and a stone’s throw away from the beach and some amazing dune walking and bike trails.

Roompot Boomhiemke as an indoor pool, a restaurant, snack bar, kids entertainment, a bike rental and a small supermarket with a bakery. Though the nearby supermarket in Hollum has a far better selection. Since we were travelling with our little boy, we were especially pleased with the extensive take-out options. Read my honest review about Roompot Boomhiemke.

Van Heekeren Hotel is the perfect spot for a romantic and relaxing island getaway. The hotel is located in the island’s main town of Nes, with lots of great dining options and shops around the corner. From the hotel, it’s very easy to explore the island. The rooms are spacious and decorated with fun, vintage elements. 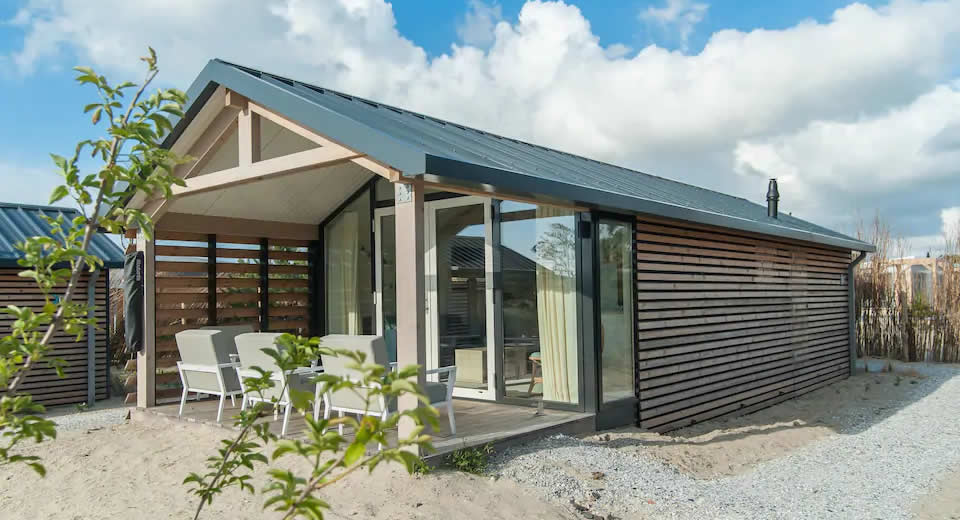 Of course, Airbnb is also a great option when travelling to Ameland. This beach lodge is a perfect stay for a couple or a family, as it houses four people maximum. The lodge is beautifully situated in the dunes of Ameland, in Hollum, a few minute’s walk to the beach. The lodge is tastefully decorated in Scandinavian style, with a very comfortable living room, fine beds and a fully equipped kitchen. The lodge is part of a holiday park with the option to rent bikes and lots of entertainment for kids. 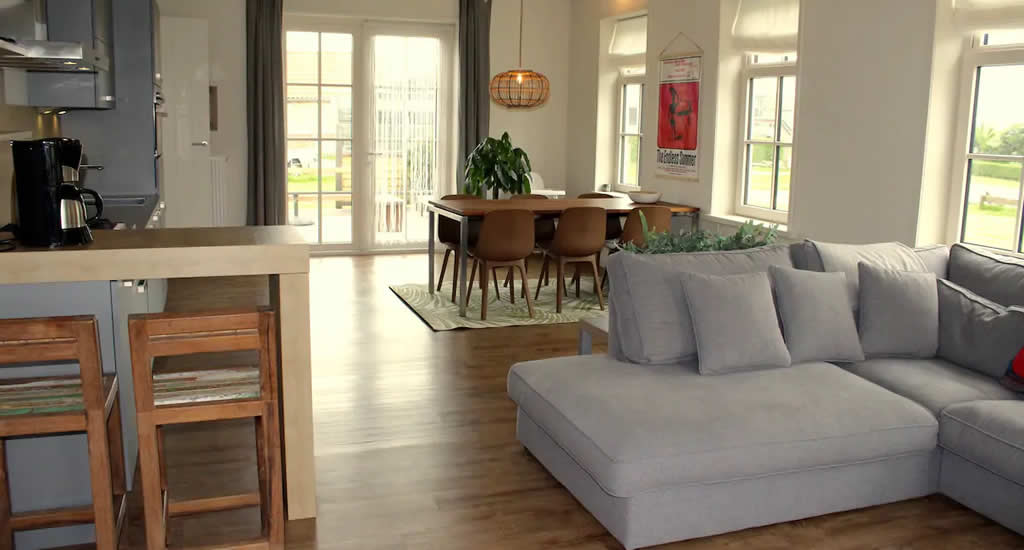 If you’re after something a little more authentic, you can’t go wring with Apartment Aloha which is set in a stunning old Ameland farmhouse, near the dunes and the beach overlooking acres and acres of farmland. The apartment has a lovely dining area, sitting room, fully equipped kitchen and fine beds. It’s a perfect place to take the kids as there are lots of facilities for both big and smaller children.

Top things to do on Ameland 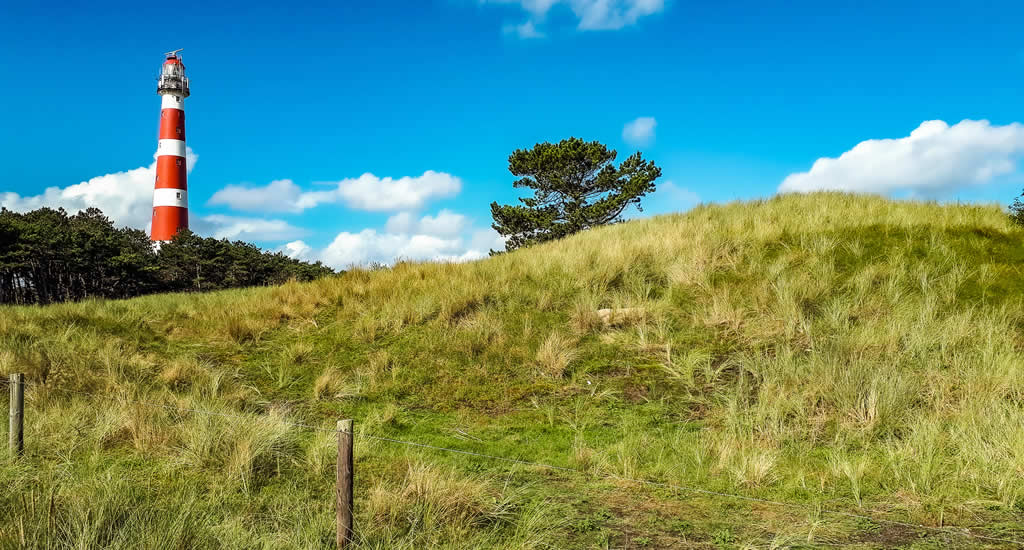 The lighthouse is Ameland really can’t be missed during your visit. It stands tall and proud, 55 meters high on the western tip of the island, near the village of Hollum. If you’re staying at Roompot Boomhiemke you will see the lighthouse from your holiday cottage! The lighthouse is open to the public and after ascending the 236 steps you can enjoy an amazing view over the entire island as well as the Waddenzee. 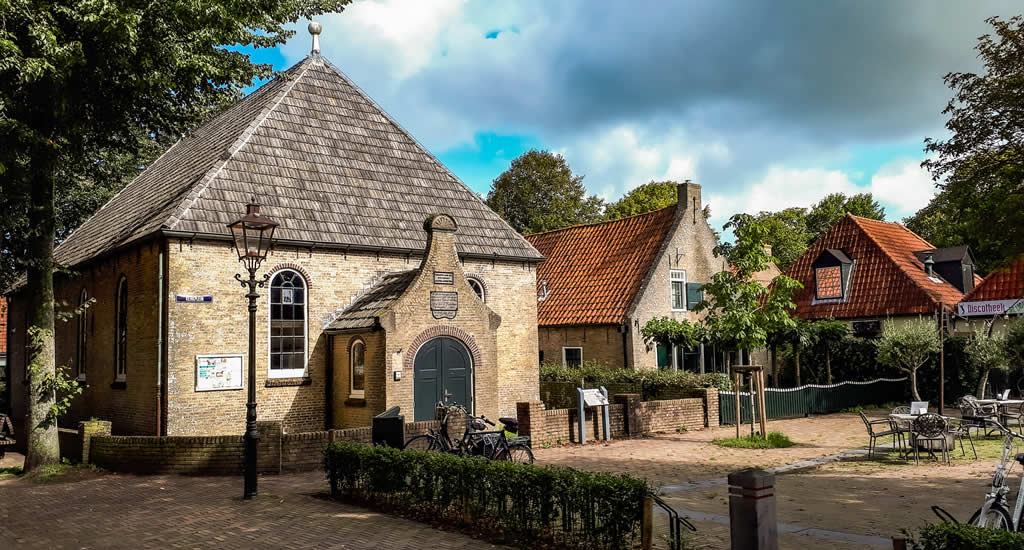 Nes is the largest village on Ameland and nearest to the ferry. Nes has dozens of quaint streets with beautifully restores captains houses. The historical houses or Ameland often bear a number telling you the date when the house was built, as well as some notches which were the rank of the shipmates or captains. The church tower, dating back to 1732, of Nes is also particularly pretty. Nes also has the largest amount of shops and restaurants on the island, making this a very lively and fun place to stay. 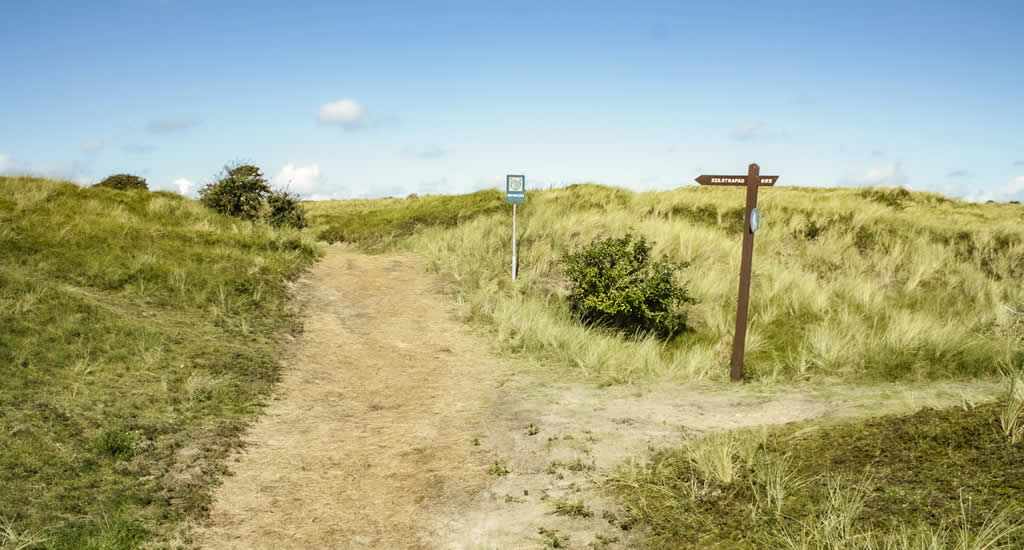 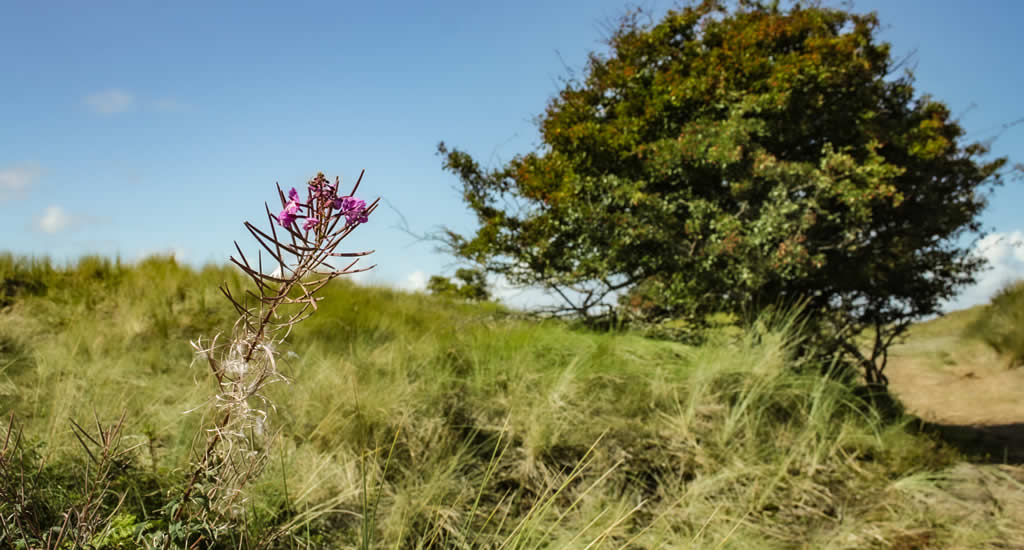 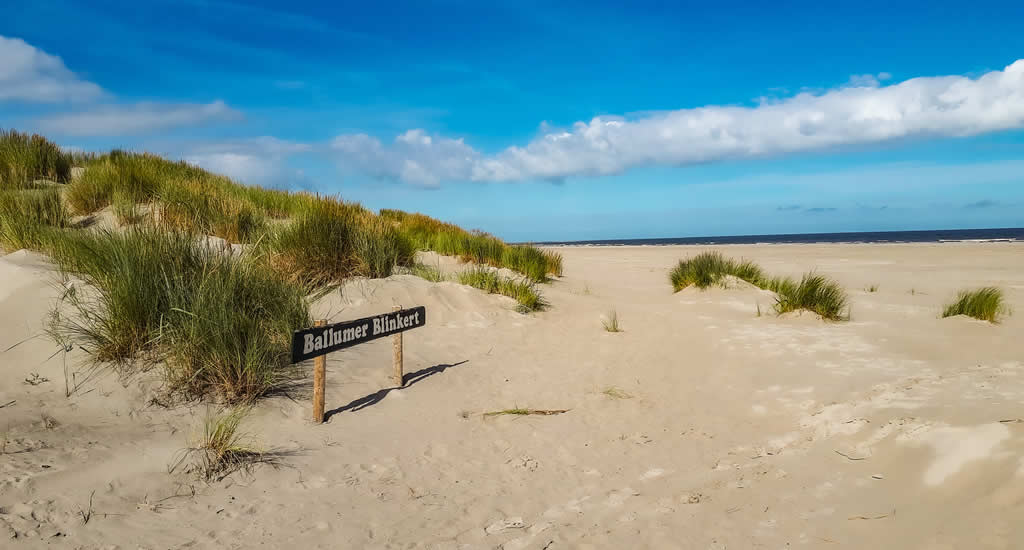 The Dunes of Ameland are the island’s most beautiful attraction. Or so I think. The high dunes, valleys and views over the sea are called Het Oerd, the largest national park of the island. Make sure to take your rental bike for a bike trip through the dunes or go for some spectacular walks. 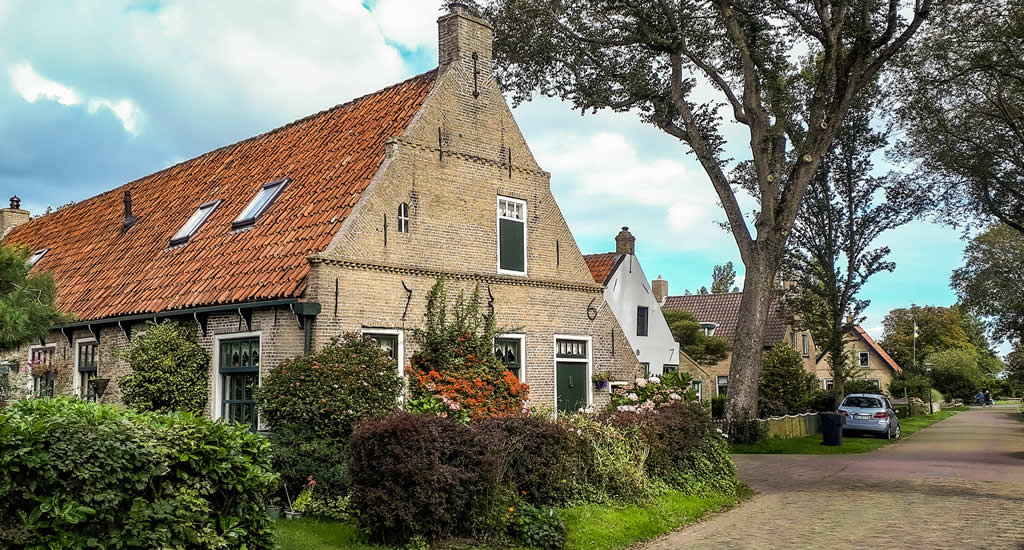 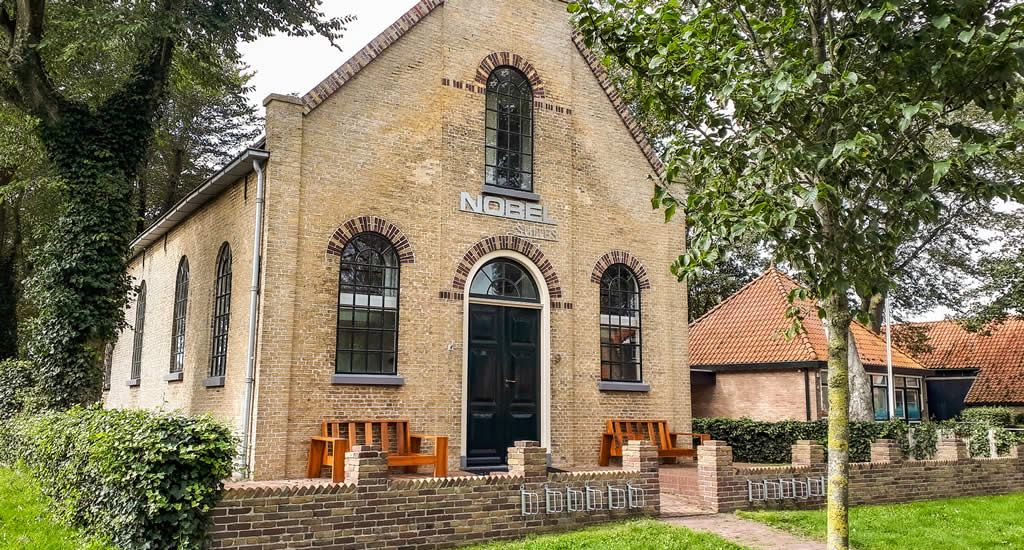 Ballum is the smallest village of Ameland, centrally located on the island. It’s the perfect place to spot the most beautiful historical buildings of the island, with most of the houses dating back to the 18th century. Ballum is most famous for its liqueur Nobeltje, made in distillery Nobel, which you can visit, as well as the adjacent restaurant. 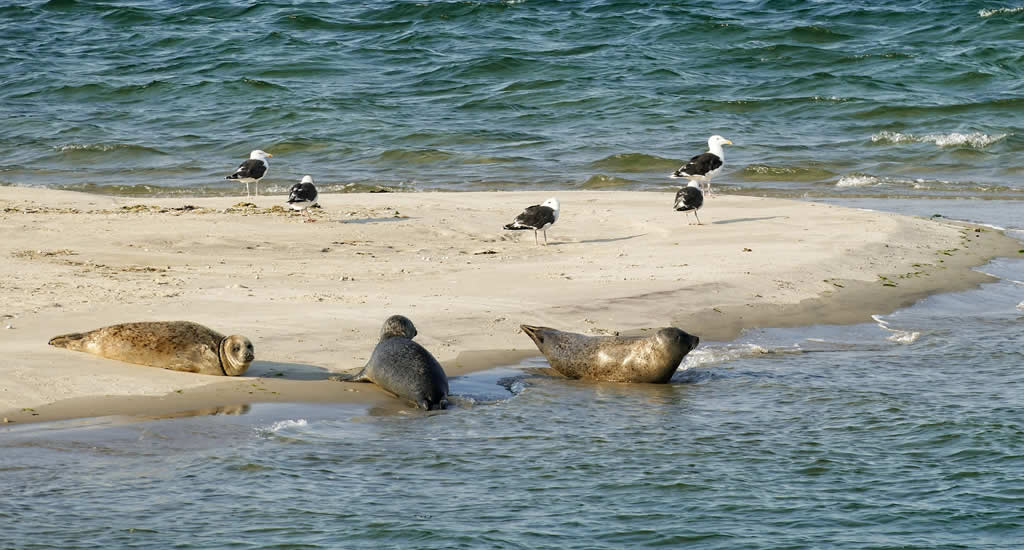 The Wadden Sea is filled with seals and on low tide, the seals love to chill out and sunbathe on the sandbanks. You can join a seal safari to see a lot of seals. It’s a fun thing to do during your stay on Ameland. The captain will tell you all about the beauty of the UNESCO listed Waddenzee and point out where to see the seals. Sometimes you’ll get lucky and see seals right on the beach when you’re taking a walk. Make sure not to get close to the seals (use your zoom to take a good photo). 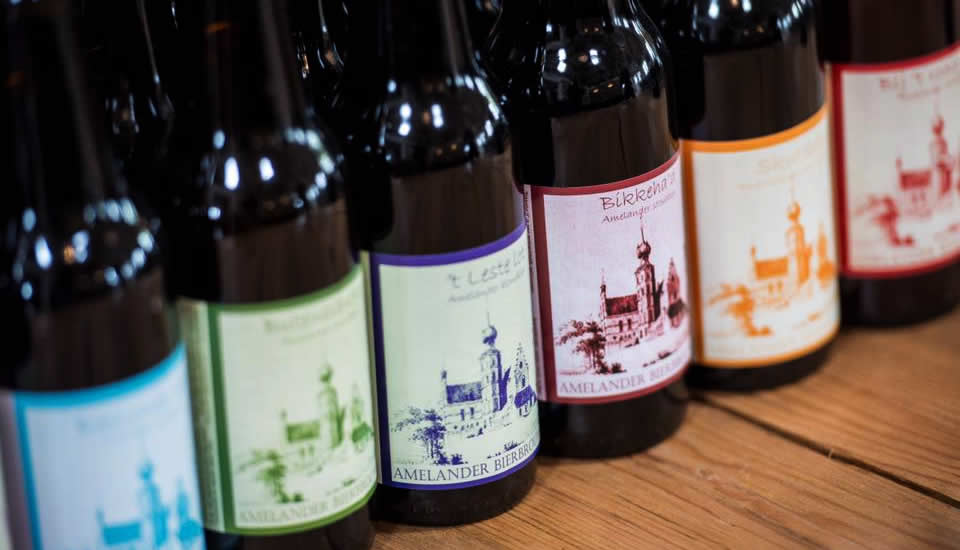 Just like Texel, Ameland also has its own brewery. The Ameland Brewery is located in a beautiful old farm. You can visit the brewery for a tasting, a couple of drinks on the terrace or simply to buy some beers for later. 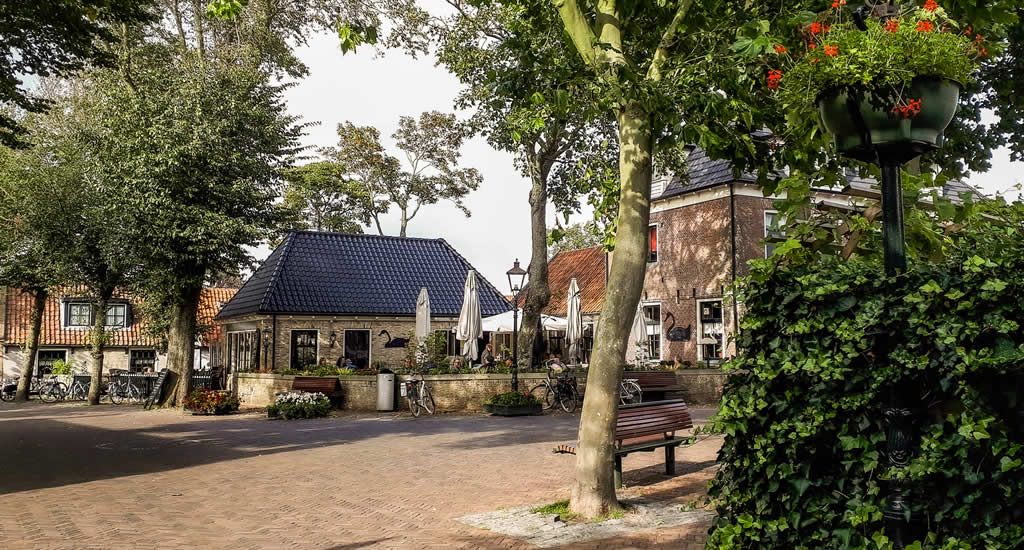 Hollum is a lively village on the western tip of the island, not too far from the beach and the beautiful lighthouse. Besides a beautiful historical windmill and dozens of 18th-century houses, Hollum also hosts amazing restaurants, little boutiques and a couple of snug museums. 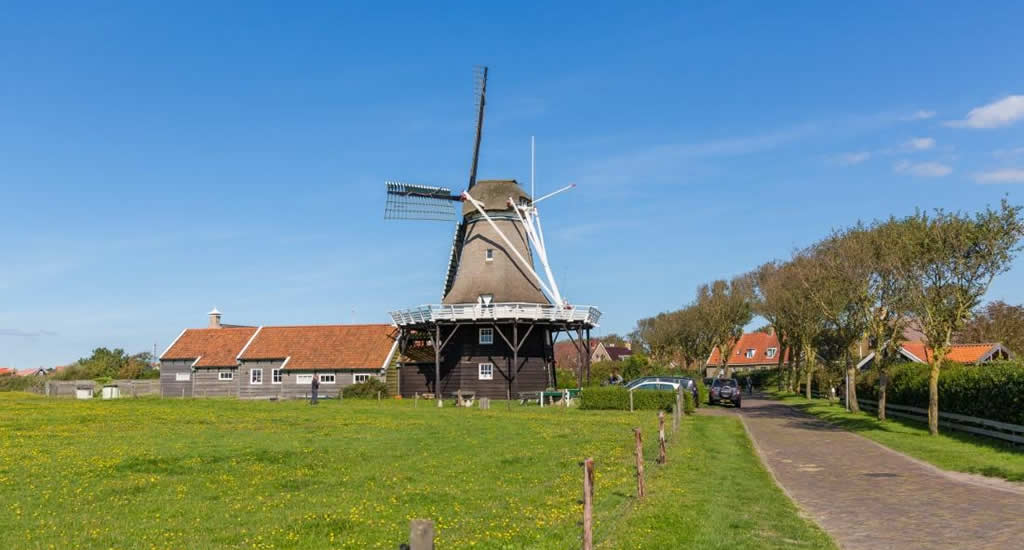 From the village of Hollum you can spot windmill De Verwachting. This windmill (one out of two in Ameland) can be visited for a small fee, so you can see the process of grounding corn and mustard. Don’t forget to purchase some locally produced treats and try the homemade mustard. 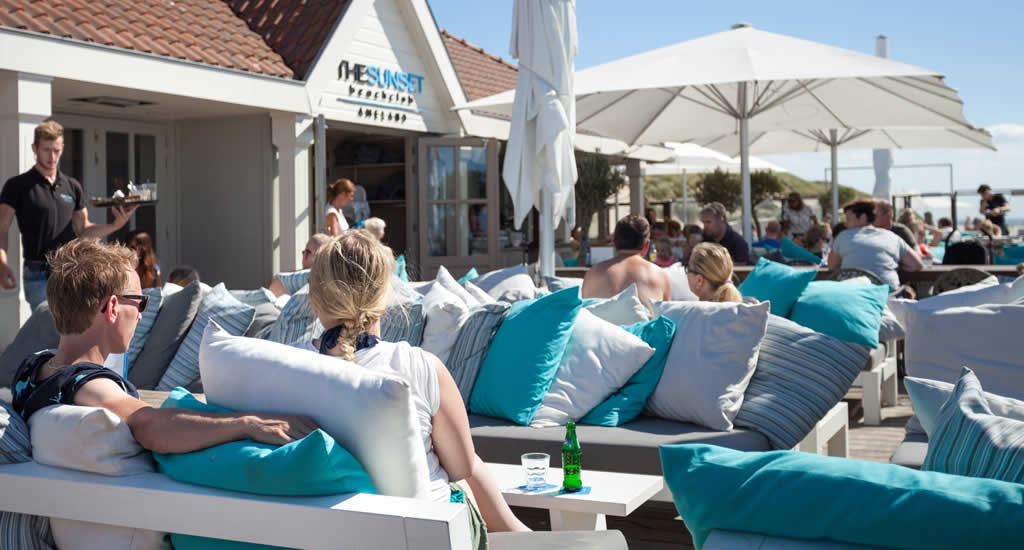 The Sunset Beach Club is one of the loveliest restaurants on the island, set on the beach on the most western tip of the island. The restaurant is open from the morning for coffees and cakes and the afternoon for fantastic lunches until the small hours when you can have dinner and fine cocktails. Sitting outside with a view over the beach is fantastic, but when it’s colder, inside is also a great option. 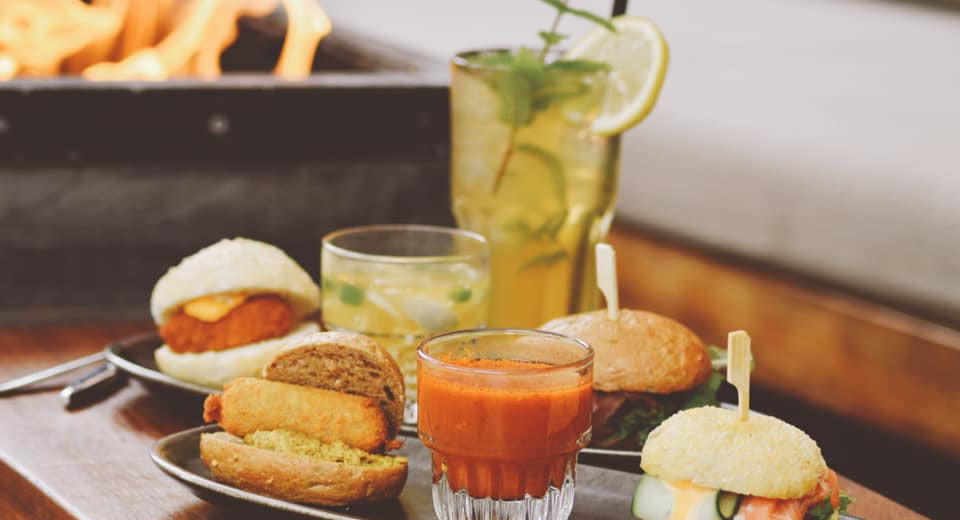 Having lunch, drinks or dinner in style is best done at Van Heeckeren in Nes. Find a sea on one of the lounge chairs and order some small dishes to share or a nice cocktail. On colder days the heaters are turned on, so you’ll be nice and snug. 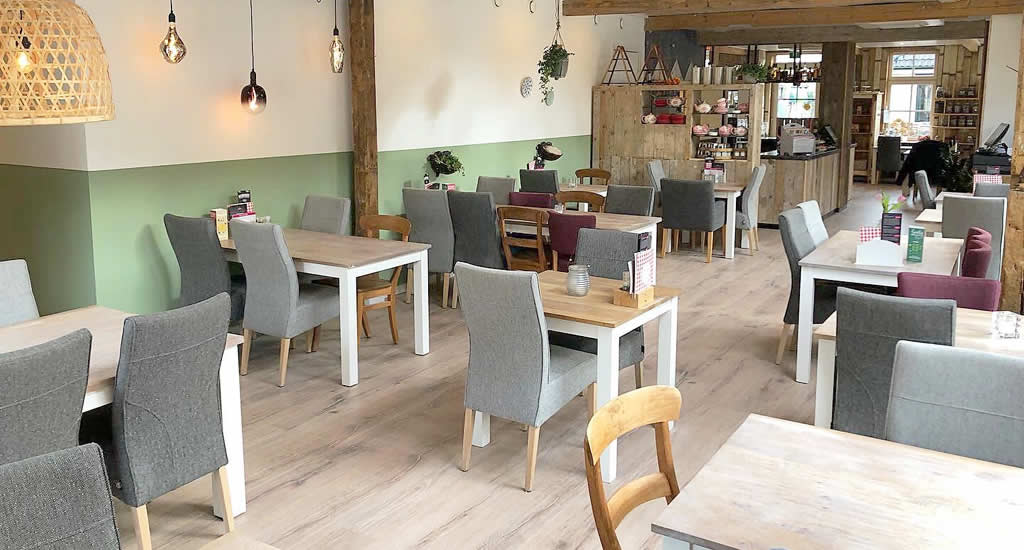 Tante A’n in Hollum is a fine place for coffee and cake or a lovely lunch. The outside seating overlooks beautiful authentic Ameland houses and the menu is great. Tante A’n is also the best place on the island to sit down for a Dutch-style afternoon tea. 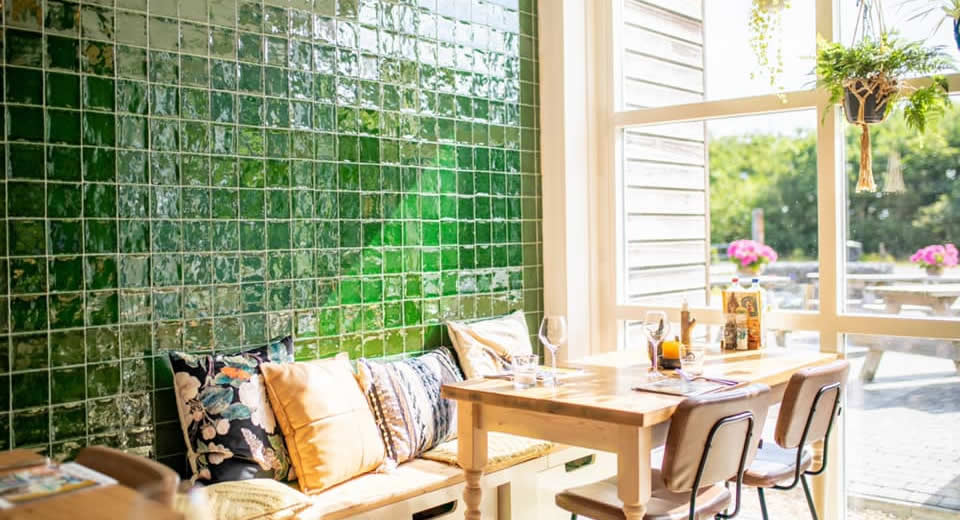 I absolutely adore restaurant StrAnders for a couple of reasons. I love the fresh interior design and the laidback feel of the place, I love the location which makes for the perfect spot after cycling the dunes of Ameland, I love all the amazing fresh sea food on offer and I love the spacious garden. Do pop in for a long lunch or treat yourself to a glass of wine and some sea food. You won’t be dissapointed. 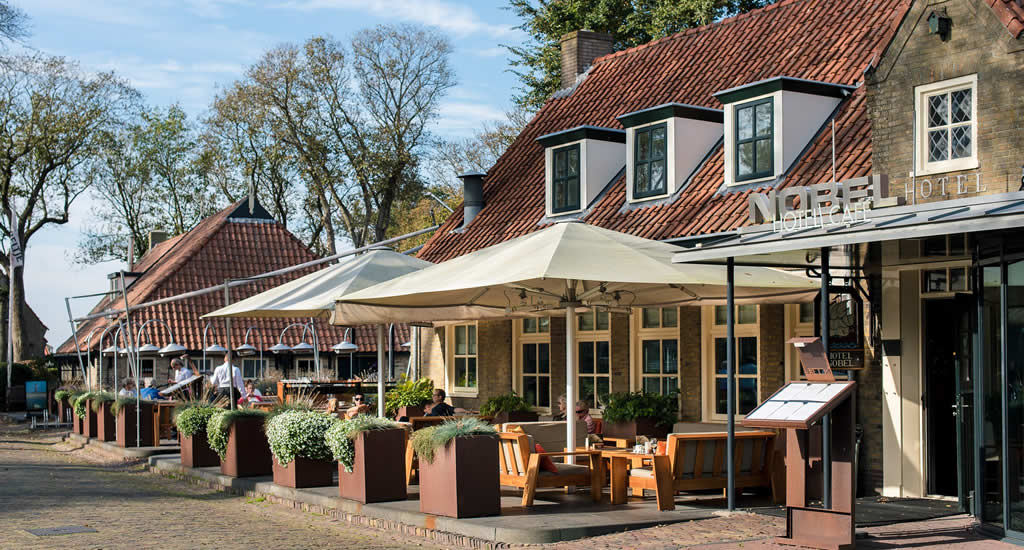 Nobel is a lovely restaurant in the historical village of Ballum. Both the outside area as well as the restaurant are very cosy. And the menu is outstanding. It changes with the season and offers many regional ingredients and produce. 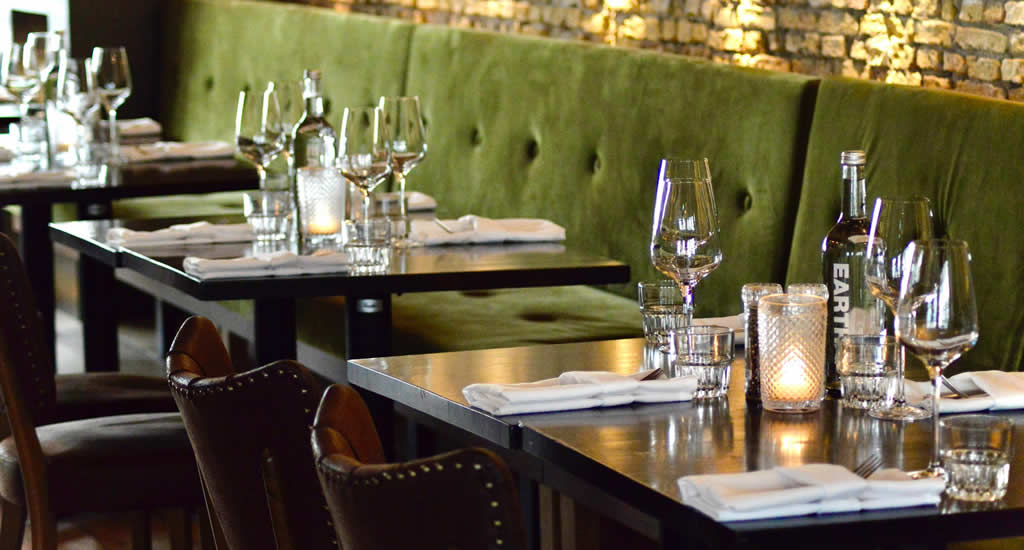 At Rixt it’s all about tasting fine, small dishes. Often with an Asian twist. At every course, you have the option to order a large platter with small dishes to share. The restaurant is wonderfully decorated, you’ll be eating in style. 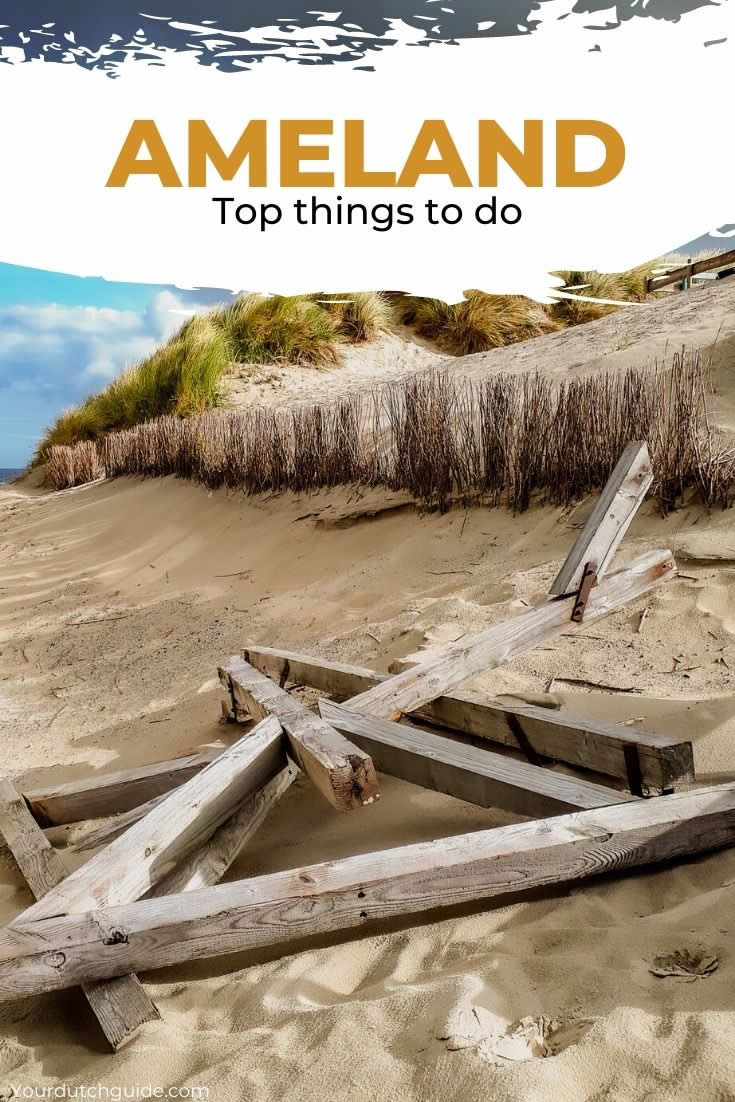 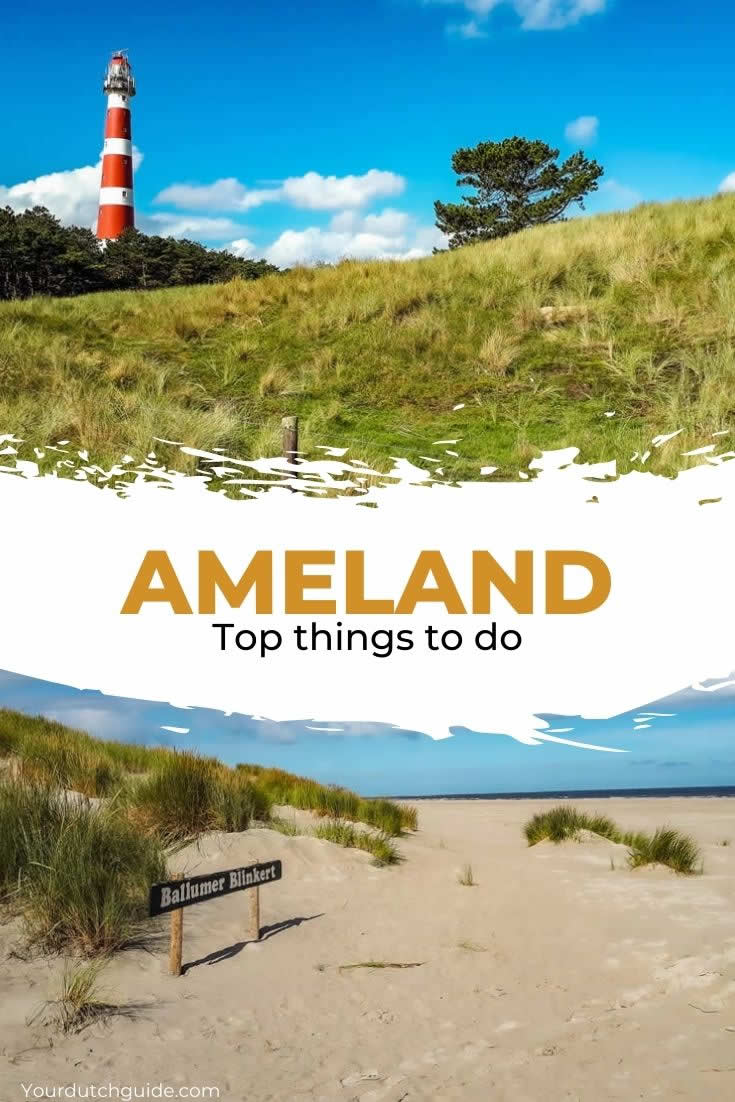 More about the Wadden Island, The Netherlands