The Netherlands are small and quite densely populated. But for a relatively small country, it has a very rich variety of nature. The beaches of Zeeland, the rolling hills of Limburg, the variety in Hoge Veluwe national park and freshwater delta of Bieschbosch are exquisite. Personally, I can’t stay away from nature when heather fields are in full bloom and large parts of The Netherlands turn a deep shade of purple.  Walk with me in a sea of purple at Hoorneboegse Heide, near Hilversum.

I am a city girl at heart (which may have occurred to you, if you’ve been reading this blog), but that doesn’t mean I don’t appreciate some happy little trees (yes, that’s Bob Ross for you) and shrubs every now and then. Even city girls need to clear their heads every now and then, right? Last year I visited the sand dunes at Beerschoten estate and forlorn Soestdijk Palace to take a break from work. This week I decided that I simply had to go see a man about some heather. 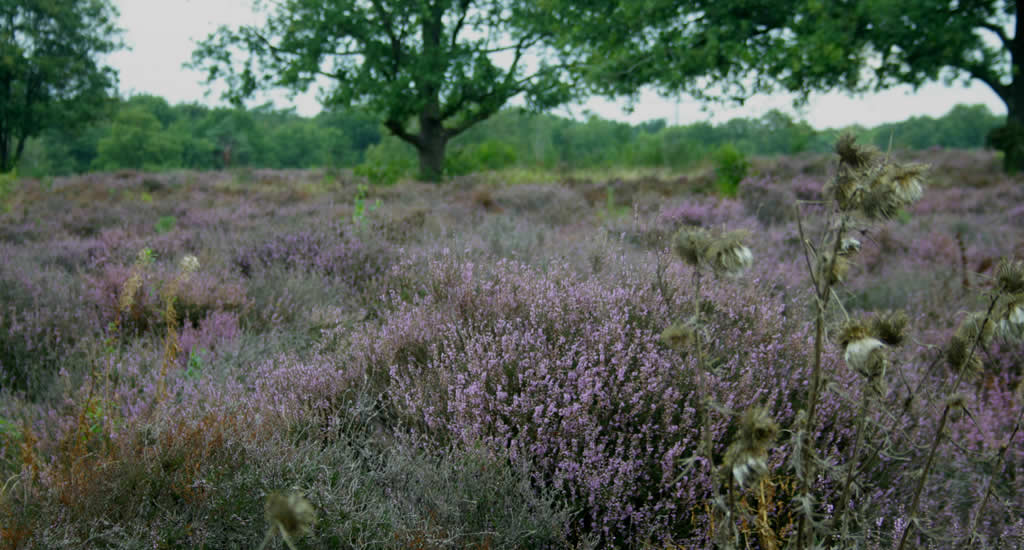 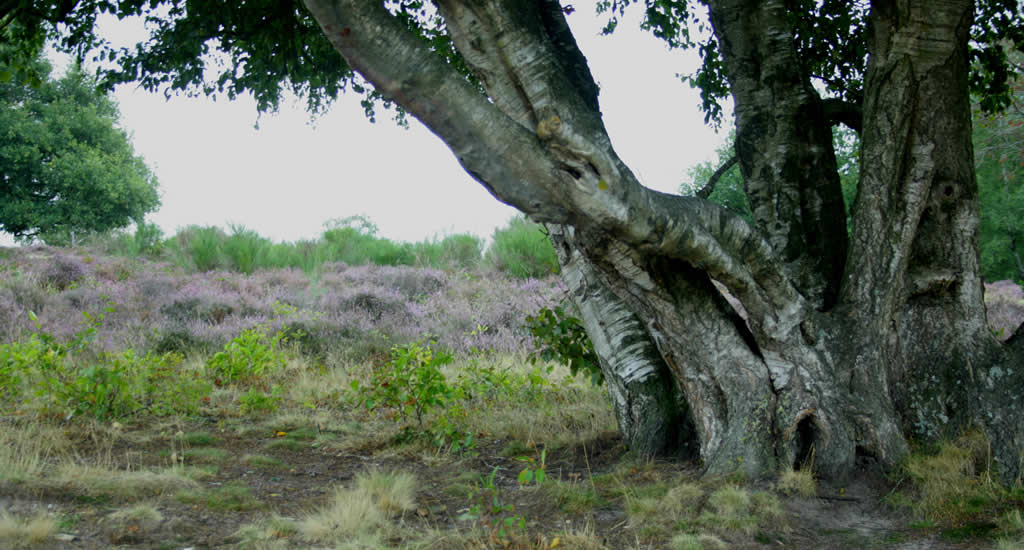 From early August on a large part of The Netherlands turn a deep shade of purple once the heather plants start blooming. I think it can easily be compared to the blooming lavender fields of Provence, it’s that pretty. Every year, many people are waiting anxiously for the heather to bloom in August. As a large part of The Netherlands is covered in moorland, the spectacular blooming heather can be seen in many places: near the coast, in forested areas and in sandy areas. You probably never realised heather was so Dutch. Though I think the moorlands are one of 15 reasons to come to The Netherlands in autumn.

Though this year, seeing Holland’s heather fields in bloom has proven to be quite the challenge, as our summer was dry, dryer, dryest. Hardly any rain fell in June, July and August causing the majority of heather plants to die. Since I’m a big sucker for pretty heather fields and decided to take a chance and drive to nearby Hilversum to see if the moorlands defied the draughts of last summer. I ended up on Hoorneboegse Heide and even though a lot of plants had suffered, I was in for quite a surprise. 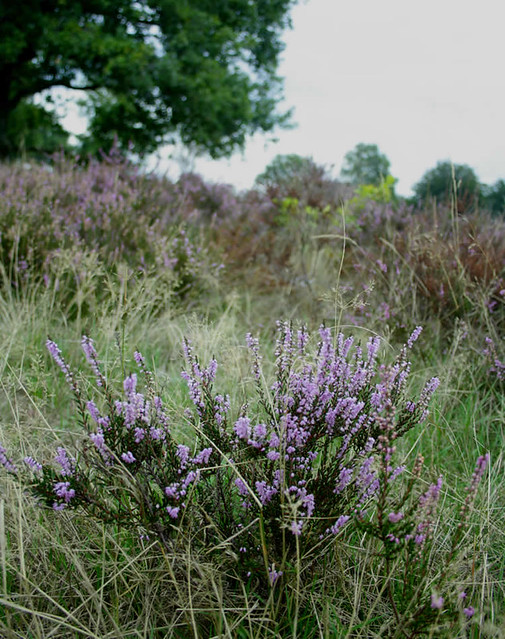 Hoornboegse Heide qualifies as ancient, or so I think. Not too long ago burial mounds from the Stone age, Bronze age and Iron age were found. Though in all honesty, not much is visible during your hike on the moorlands. Heather needs quite sandy soil to flourish, that’s why you’ll even be able to see heather fields in coastal areas in Holland, though Hoorneboeg is also quite sandy and the landscape is slightly sloping.

Cows and sheep graze the fields to naturally maintain them, though I didn’t encounter any on my walk (sadly, as especially the oxes are quite pretty). Actually, I hardly encountered anyone or anything during my stroll. Some lonely dog walkers or cyclists, and that’s it. It was just me, some bees and butterflies. The heather fields only suffered from the draught here and there, and I felt lucky to be enveloped in a deep deep purple blanket. 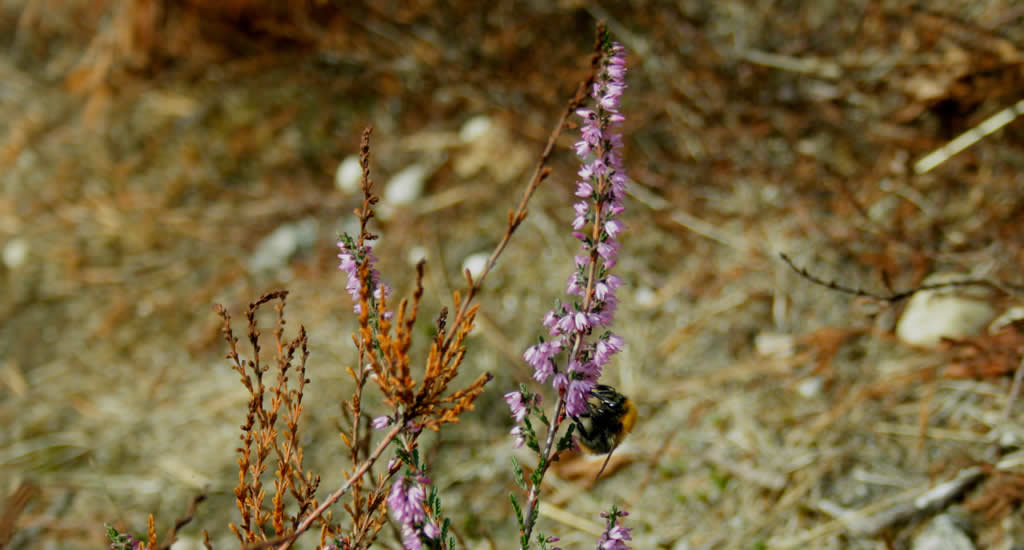 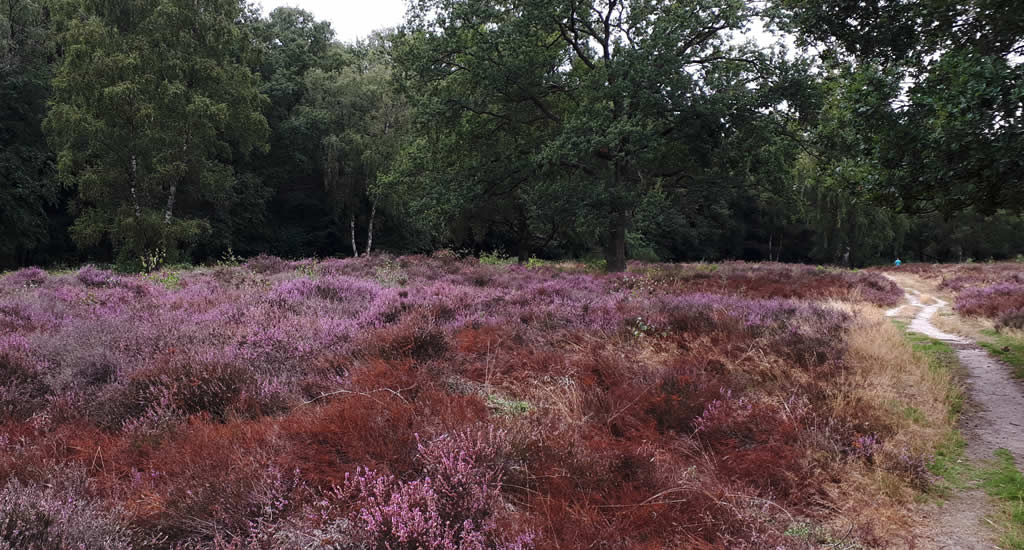 Are there heather fields to swoon at where you live? 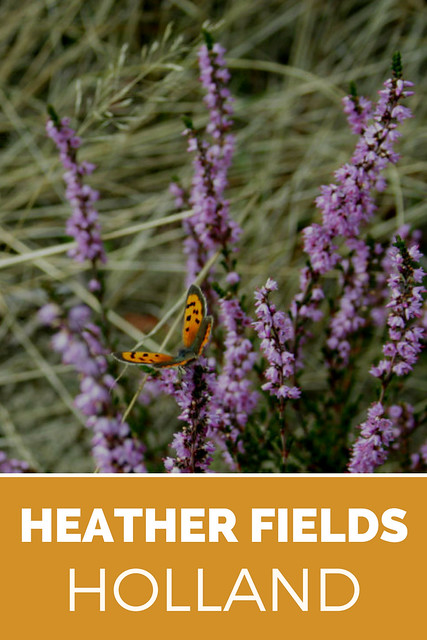 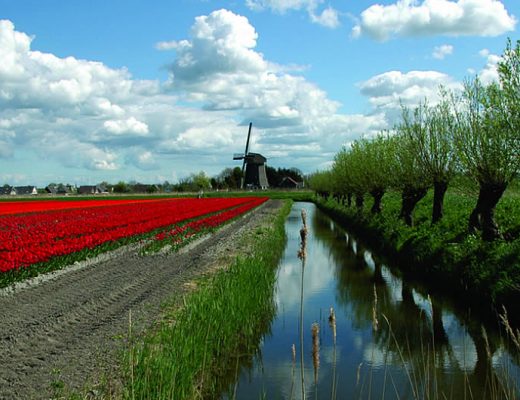 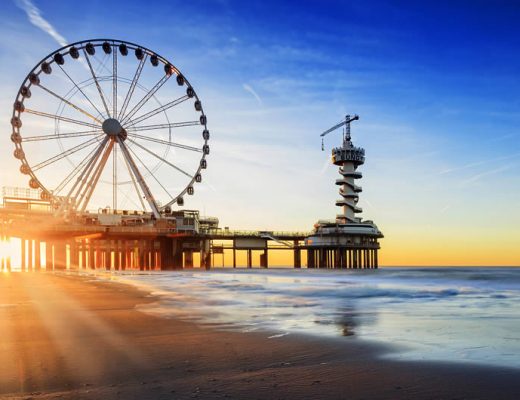 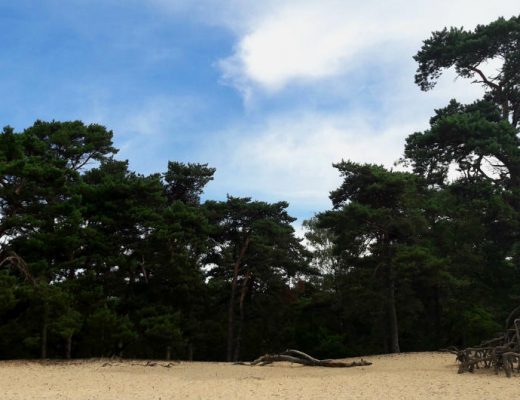