A guide to Oudeschild, Texel

Texel is one of the pretty islands in the north of The Netherlands, surrounded by the UNESCO protected Waddenzee. During our holiday I completely fell in love with Oudeschild, which I think is the prettiest and most authentic village on Texel. So, let me tell you why I feel you have yo visit Oudeschild Texel during your holiday.

Holidaying on Texel is such a treat. Even we Dutch think so. The Wadden Islands, of which Texel is the largest island, have an atmosphere all of their own. As soon as you get off the ferry, you automatically fall into holiday-mode. Or as my dear father would say: you won’t get out of first gear as soon as you set foot on Texel. The island has gorgeous national parks, dramatic dunes and the light is somewhat softer, making it a favourite spot for painters and photographers. I thought Oudeschild, with its busy harbour and fine dining options, was maybe the loveliest village on Texel. 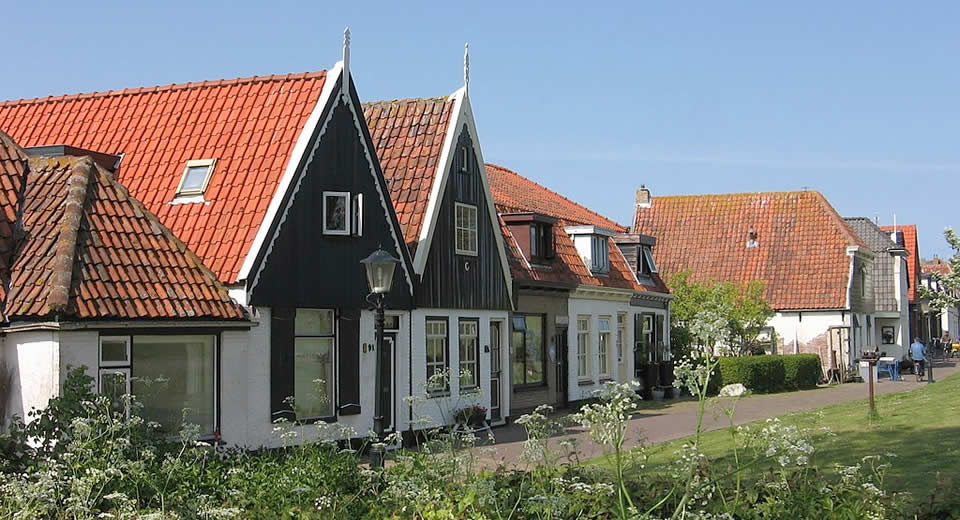 Oudeschild is the only village on Texel directly by the sea and therefore has its own harbour. And even though small, the fleet is quite large and there’s always something to do. From Oudeschild you can take a trip out to the UNESCO protected Waddenzee on a traditional shrimping boat (no Forest Gump drama included, promise).

Even though the picturesque village doesn’t look like it, it used to be of great importance during the Dutch Golden Age in the 17th century, when VOC ships rode at anchor at Texel before heading to Amsterdam or going out on their new far east adventure. The ships needed supplies and brought wealth to the community of Texel, who built Oudeschild to meet the needs of the VOC. This immediately turned Oudeschild from a sleepy fisherman’s village into a bustling place of trade. The most beautiful traditional houses can be spotted in De Ruyterstraat. 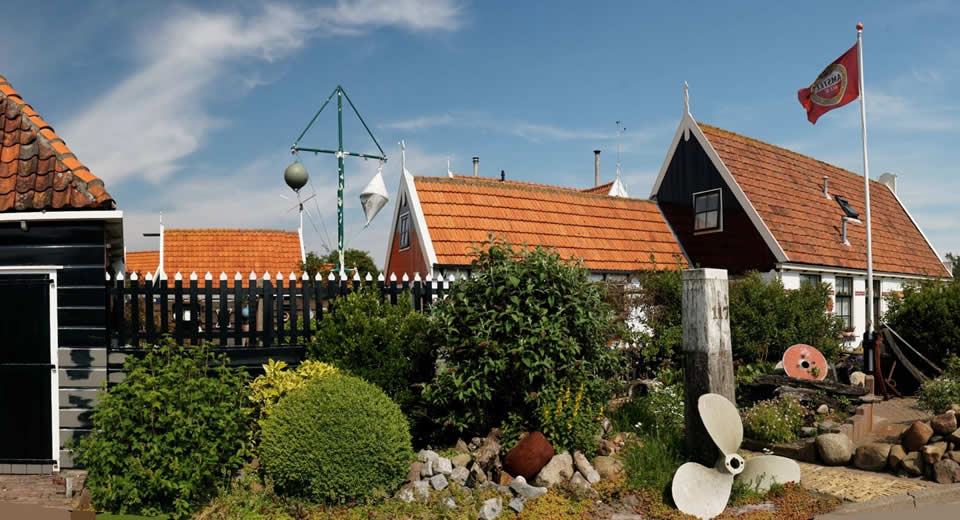 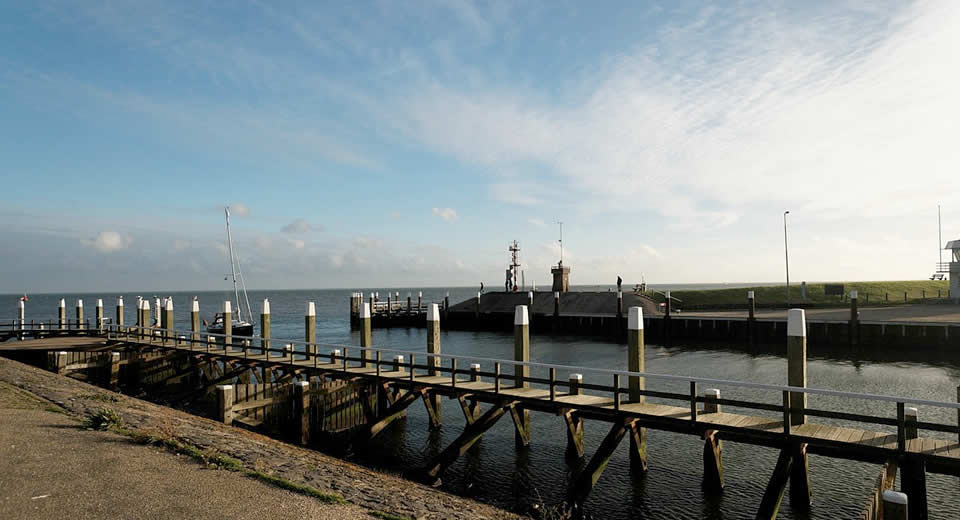 What to see and do in Oudeschild, Texel

This Maritime and Beachcombers Museum (Kaap Skil Museum) has been completely built from recycled materials and is probably the best museum to be found on Texel. Outside demonstrations by fish-smokers and rope-makers can be enjoyed while indoors the enormous collection of items recovered from the shore and sunken ships will blow your mind.

Some beautiful windmills are to be spotted on Texel and de Traanroeier is Oudeschild’s windmill. It’s a still working grain grinding mill and the mill can be visited as part of Kaap Skil Museum. When the windmill won a prize as most beautiful windmill in The Netherlands in 2017, it was completely renovated and given a new thatched roof and hull.

Technically De oude vismarkt is a large fish shop, but it is set in Oudeschild’s historical fish markets and it’s got to be the most beautiful fish shop I’ve ever set foot in. First of all, it’s a joy to walk around and take in the traditional building as well as the small expo on the first floor about modern fishing. Second of all, let’s eat. Lots of locals and tourists flock inside during lunchtime for a portion of fried fish or fish and chips. But if you’d like to shop for something nice to cook that night, I can only encourage it. The fish couldn’t be fresher and was brought into the harbour in the morning. 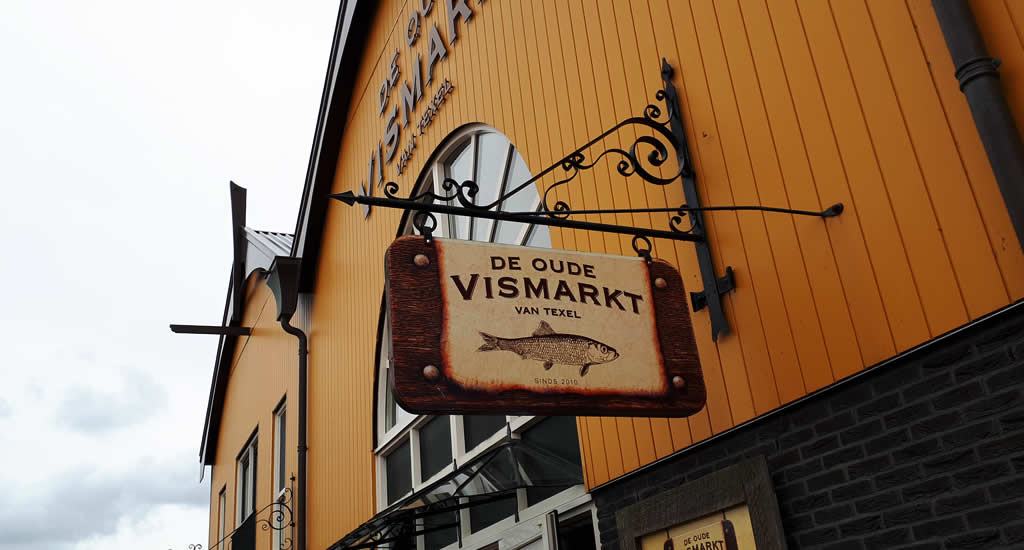 Waddenzee, or Wadden Sea in English, is on the UNESCO World Heritage list as it is a unique ecosystem. I must say that yes, Waddenzee is absolutely mesmerizing and should be looked at from up close. In Oudeschild you can join one of the shrimp cutters heading out to sea to give you a real (salty…) taste of fishing for shrimp on this special part of The Netherlands. Shortly after leaving the shore the fishermen will cast their nets, after a while the catch will be put on the deck to be sorted. It’s a really unique experience and you may even spot a seal or two.

The unique beers by de Texelse Bierbrouwerij are draughted and sold all over The Netherlands, so when you’re visiting Texel you better visit the Brewery just outside of Oudschild. The taste of Texel’s beer is unique as the soft tasting water from the local dunes is used in the brewing process. The short tour through the brewery shows you a film about the recent history of the brewery and you’ll get to see the entire brewing process up close and personal. Of course, a small beer tasting is waiting for you at the end and you will be able to shop for your favourite beers in the brewery shop. 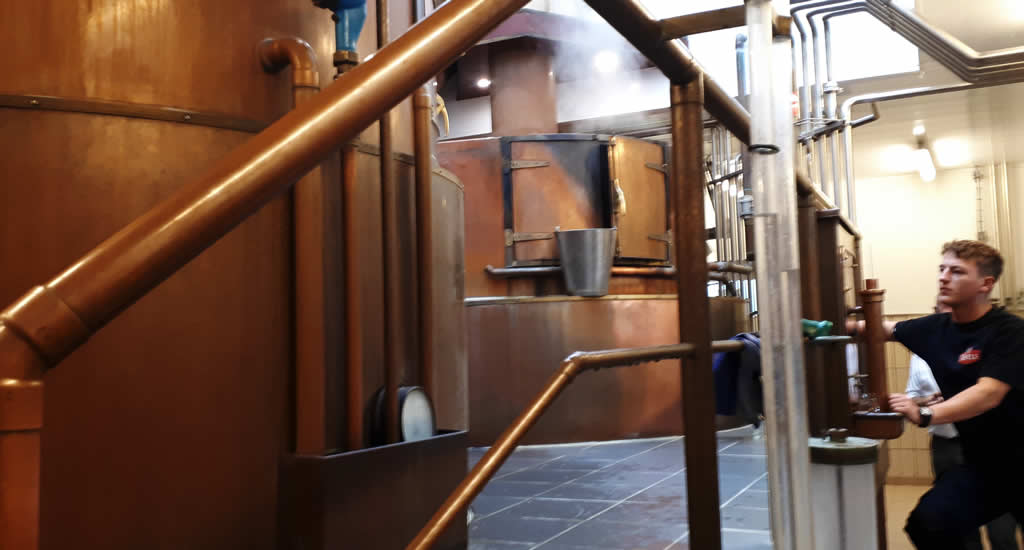 Pick your own fruit and vegetables

There’s something really wholesome about picking your own fruit and vegetables, I find. Just across the road from the brewery, you can pick your own fruit, veggies and even flowers at Zelfpluktuin. It’s one of my favourite places on the entire island. And since everything is seasonal, what you’ll get to pick really depends on the month you’re visiting. When I visited Zelfpluktuin in Oudeschild I was able to pick cherry tomatoes, blackberries, strawberries and a nice bunch of dahlias. If you’re not into picking fruit, take a seat in the café for some coffee and cake and maybe bring home some freshly made jams of juices. 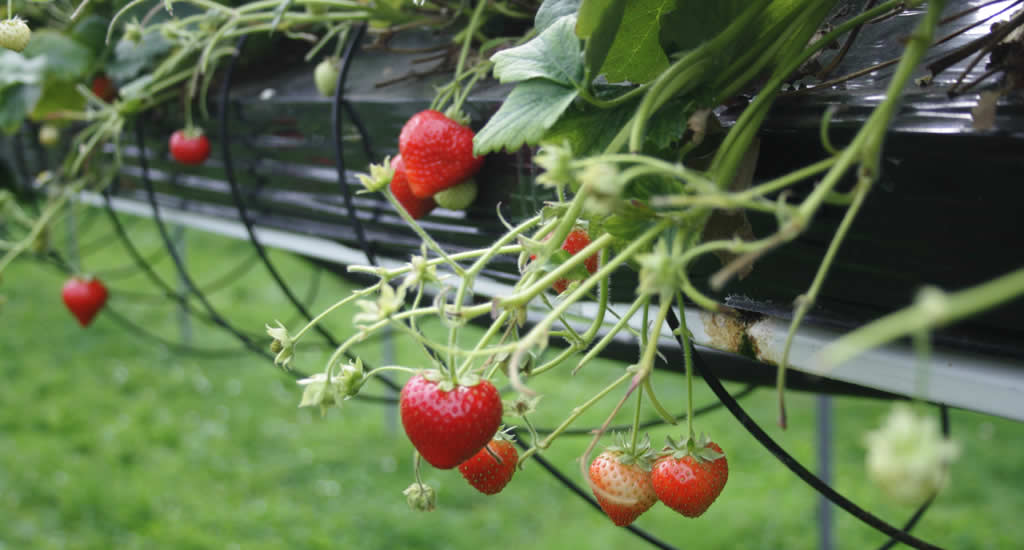 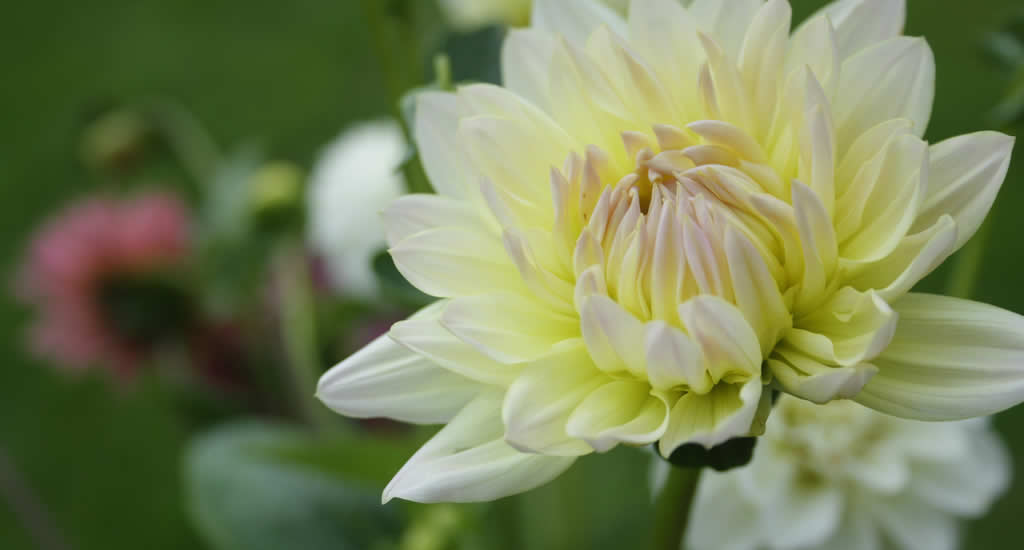 Check out 16 great things to do on Texel

Since Oudeschild is right by the sea and has its own harbour, it goes without saying that all fish and seafood to be had in any of the cafés and restaurants is excellent. If you rather eat more formally than at De oude vismarkt, I can highly recommend the following ‘t Pakhuus for either lunch or dinner. 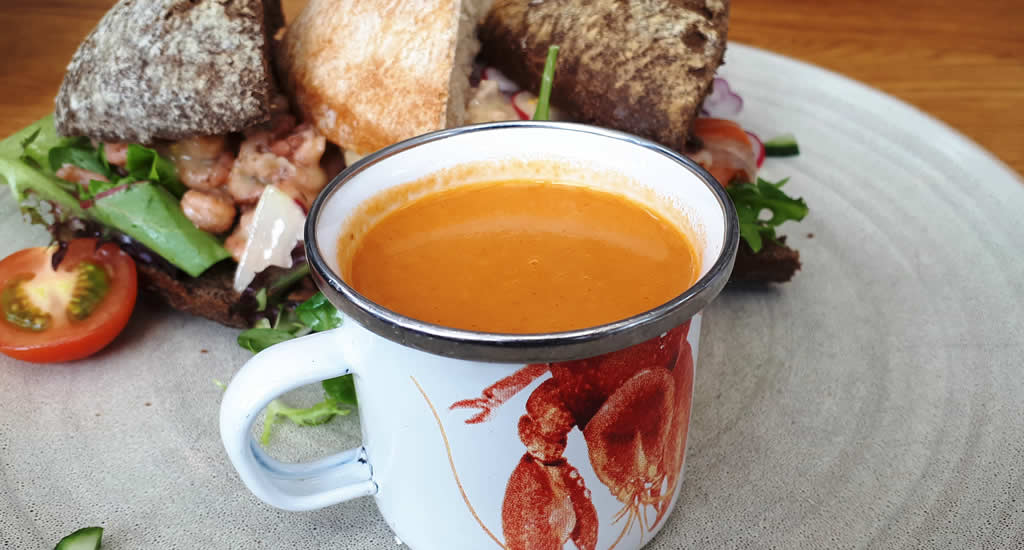 If, by any chance, you’re only able to eat out once during your entire stay on Texel, ‘t Pakhuus is the place to go to. Yes, this is my favourite restaurant on Texel and it’s actually the main reason why I am pitching Oudeschild as a Texel hotspot. What can I say, the way to my heart is through my stomach.

My husband and I went there, with a sleeping baby in tow, for a three-course lunch and oh my. What a lunch it was. We started off with fresh oysters from Waddenzee, which were small but sparkling full of flavour. Our main was a combination of lobster bisque, a shrimp roll and a tuna roll. And oh, it was so good. ‘t Pakhuus is also the best place to have freshly steamed mussels.

Actually, Texel is full of amazing food. Not just fresh fish. But also great lamb, cheeses and even wine. Check out my self-guided food tour Texel on the best food spots to visit.

We stayed on a holiday park during our stay on Texel, Landal Sluftervallei which I highly recommend when you’re travelling to Texel with kids. It’s a large park in the beautiful Texel dunes, with loads of playgrounds, an indoor swimming pool and a very good restaurant. 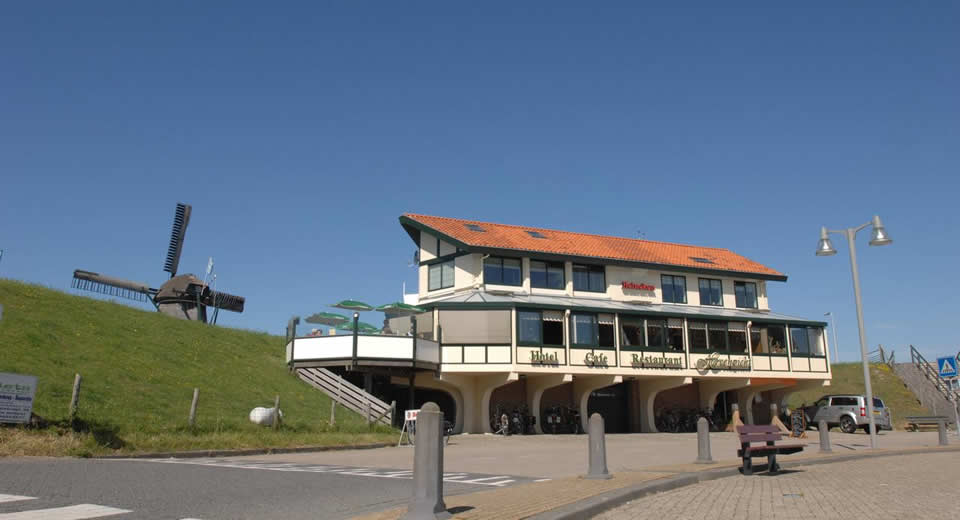 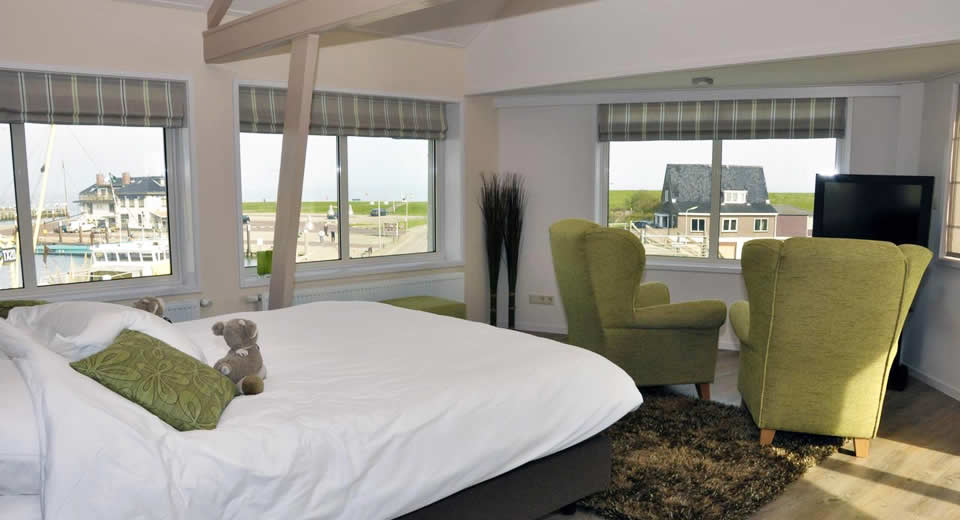 However, if you’d like to stay somewhere less quiet, Oudeschild is a nice place to stay on Texel. There are plenty of shops, cafés and restaurants to keep you entertained. Texel is only a small island, so it doesn’t matter where you’ll be staying on the island, it’s easy enough to see the entire island from wherever you’re staying.

Hotel Havenzicht is perched right at the harbour’s edge overlooking all the fishing cutters and the Wadden Sea in the distance. The windmill of Oudeschild is right behind the hotel, it doesn’t get more Dutch than that. The hotel offers cosy rooms with beams and love seats overlooking the bustling Oudeschild harbour. The café and restaurant downstairs offer seafood specials or dishes made with real Texel lamb.

Travel to Texel, The Netherlands 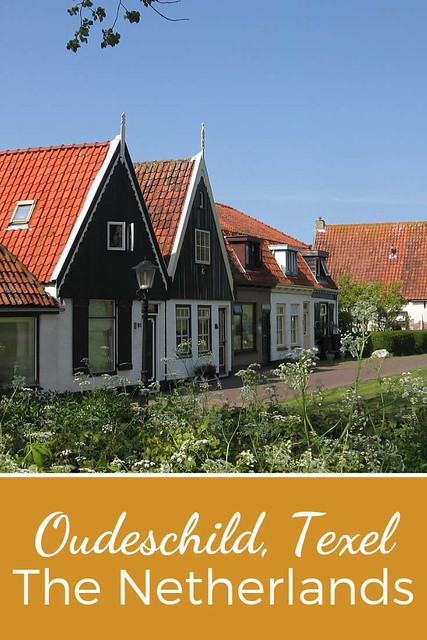 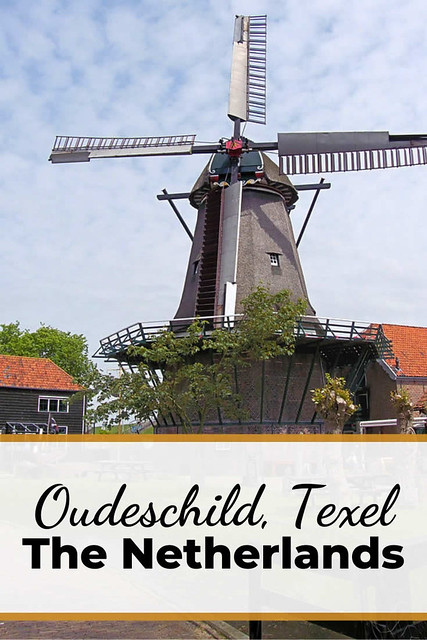 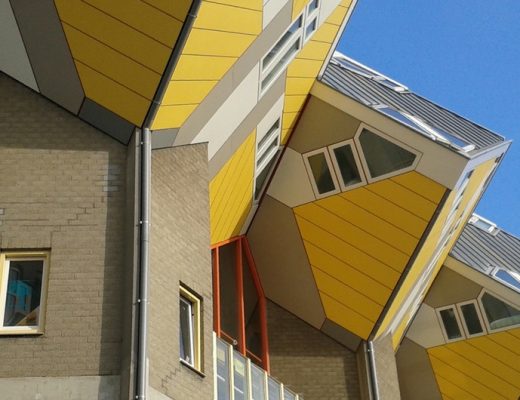 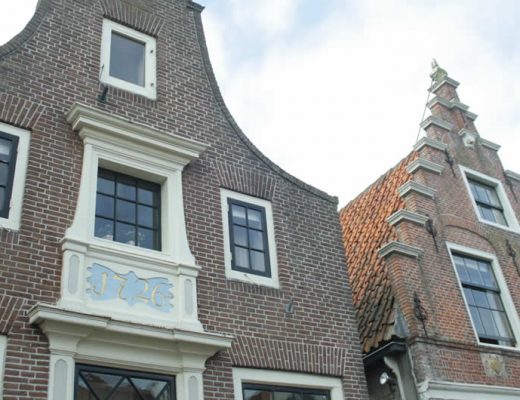 Edam, The Netherlands: a short break from Amsterdam